Africa is relatively experiencing rapid growth in the gambling industry year on year, though this could be trace to major infrastructural development the continent is experiencing as well as majority of African countries are embracing a digital economy whilst, the Africa Continental Free Trade Agreement (AFCTA) which is expected to take-off in July 2020, and whilst, it is been projected to boom majority of African member states economy across all sectors of the continent.

Although, 2019 has been a success story so far with ups-and-down in Africa gaming space, however, in the nutshell the industry has evolve beyond the imagination of major stakeholders in the industry as they have been relatively some amendments of gambling laws in the last decade in some African countries, as well Gaming Events is much more on top of what as been a great achievement in African gaming space in 2019. for instance Event like ICE Africa which took Africa gaming industry by storm since its first edition two years ago as attracted several prospective clients, considering Africa is judiciously positioned as the next frontier of gaming ecosystem across the globe. Though, investors willing to have a deep knowledge about the African markets, event of such magnitude bring all industry experts, regulators and major stakeholders to converge in a roundtable to discus and share ideas on ways to create an enabling gambling market and a well regulated market across region.

Another event which as been relatively around for quite some time now is Eventus international organizers of some major events across Africa region i.e. Sports betting West Africa, East Africa events so far so good the industry as been evolving over this year is another testament of what industry as achieved. 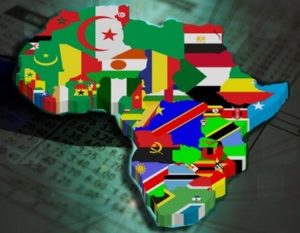 Further, partnership has been the backbone for Africa gaming industry in recent years, between local operators, software providers, as well as other stakeholders in the industry. Partnership in Africa gaming ecoysystem brings in a new dimension to the industry most especially bookmakers took advantage of these in Africa, as well as having access to a more advance technology to better improve they gaming platforms so as to better serve customers experience. Though, as player’s behaviour is evolving which is coupled along with technology transformation, happening across the globe it is definitely Africa is right in the mix to experience such transformation technology, though, Africa which is relatively at an advantage with demographic. However, these fact cannot be denied as the numbers of partnership in Africa is on top of all deals that happened in Africa in 2019 but not to mentioned them all but a host of them i.e. BTOBeT, Betconstruct, Vbet, and Income access and Betgenuis etc.

Although, the prevalent of mobile phone is not to talk-off in 2019, unlike buying a mobile phones years back which is quite expensive, you cannot denied the fact that internet penetration in Africa is right they with other continents in the world as well as internet users. Indeed, what Africa still needs to work on the cost of internet which is relatively cheap in other parts of world, thus, Nigeria is a very good example of country which as went further to reduce the cost of buying internet data, though South Africa is one of the country in Africa with high rate of internet penetration in Africa. Meanwhile, Kenya has been the talking point for relatively tax issues, that has to do with 27 bookmakers which licenses was suspended by the authority in Kenya contrary to tax remittance to the government coffers, due to that effects, major operators had to alt they operations in the country. Though the Kenya government went further to introduce 20% Excise tax on all bets placed in the country, but recently the country tribunal dismissed the proposal, which as brought a sigh of relief to existing operators in the country though it could still change anytime soon as the government still have the time to appeal the ruling.

Uganda is another country, early this year the government as halt the operation of issuing new license to new bookmakers and also not renewing the existing bookmakers that is applicable for foreign operators “whose profit repatriation was hurting Ugandan’s economy.

However, Africa growing gambling industry is still emerging, though major stakeholders in the industry still need a lot to do in terms of well defined gambling laws across the continent, though Africa as the potentials to compete with the rest of the world.