I’m generally down on Bitcoin as an investment, but there’s no denying that people who have been able to time their buys and sells right have made some nice profits.

Over the past month, for example, Bitcoin is up 7.3%, and if you’d managed to time the October spike just right, you could have made a quick 30%. So am I being too hard on cryptocurrencies and are there reasons I’d buy Bitcoin? I might do, if…

There’s no doubt that people the world over like gambling, but commercial gambling products are heavily stacked against the punter. Fancy a flutter on the horses? The odds are arranged so that, whoever wins, over the long term it’s the bookies who make the big money.

What about the turn of a card or the roll of the dice? Again, it’s all stacked in the house’s favour, and that’s where the big profit margins go. 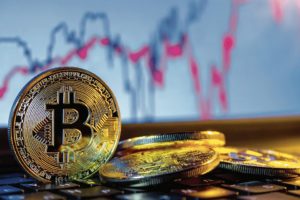 Bitcoin isn’t like that, and it’s close to offering a zero-sum deal. By that I mean the gains and losses go mostly to the gamblers themselves, apart from a small brokerage charge and a low spread. So you can probably expect the punters to keep more of their cash overall than with most other commercial forms of gambling. It might be hard to believe, but even compared to the volatile nature of cryptocurrencies, we do sometimes see conventional currencies devaluing at horrendous rates when they’re managed by financially incompetent governments.

Venezuela is the most recent example, and a good few people were putting their savings into Bitcoin to protect them from hyper-inflation. Even if Bitcoin lost, say, 50% over 12 months, you’d still be better off than sticking to the 130,000% inflation rate that Venezuelans suffered in 2018.

And compared to Zimbabweans during that country’s worst hyper-inflation spell, Venezuelans had it easy – in Zimbabwe, annual inflation peaked at an estimated 89.7 sextillion percent in 2008. Sadly for Zimbabweans, there was no Bitcoin to help them back then.

However, with inflation running at under 2% here in the UK, I really don’t need cryptocurrencies for this reason. This one is perhaps a bit facetious, but not entirely, as I have known of people with so much money that they’ve treated disposing of it almost as a kind of sport – a bit like Brewster’s Millions, in which the protagonist had to dispose of a large fortune in order to inherit an even larger one.

So yes, if you literally have money to throw away, I reckon buying Bitcoin and holding it for the next 10 years (if it survives that long) should to the trick – though if I were ever in that position, I’d find more deserving causes.

Now, I’m not in any of these situations and I’m extremely unlikely to ever be. Instead, I’m just investing modest sums of money to boost my income after I retire. And for that, I’m not going near anything as risky as Bitcoin. No, putting my cash into top dividend-paying FTSE 100 stocks will, in my opinion, continue to be the best investment out there. Of course, picking the right shares and the strategy to be successful in the stock market isn’t easy. But you can get ahead of the herd by reading the Motley Fool’s FREE guide, “10 Steps To Making A Million In The Market”.

The Motley Fool’s experts show how a seven-figure-sum stock portfolio is within the reach of many ordinary investors in this straightforward step-by-step guide.