Africa is unique and diverse in culture, ethnicity, religion, that boost the second largest population in world, behind only Asia, and with figure of over 3,000 thousand ethnic groups, while the land mass of 30.37million km square, with an estimate 1,500 official spoken languages that includes Zulu, Hausa, Arabic, Yoruba and Swahili, which is the most spoken language of over 100 million speakers.

However, 5G called the fifth generation technology in some circles there’s been much talk about 5G technology and its imminent arrival. However, most individuals and companies haven’t experienced it, although there’s a lot of work been done behind the scenes to build, trail and lunch the infrastructure. When 5G does become available, we can expect immense opportunities in Africa gaming industry.

5G the fifth generation of mobile wireless communication promises to lower poor performance network, it will offer stability and the ability to connect many more devices at once, and move more data thanks to faster speeds.

Furthermore, these features have the potential to supercharge business in the continent. A very good example is Nigeria that is set to lunch 5G network by 2020. Recently, according to Prof Umar Danbatta the Executive Vice Chairman Nigeria Communication Commission (NCC) said that the trial of 5G network technology would be on trial for three months in the country before actual approval and rollout will commence. 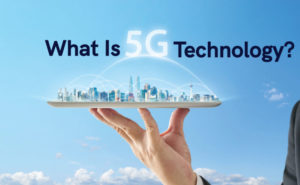 Therefore, the benefit of 5G technology is the improved speed compare to 4G network that has download speeds typically 20mbps, while 5G is expected to reach 500 to 1500 mbps that pretty much instant even Africa is judiciously positioned to take advantage of 5G technology.

However, with increasing internet users in the continent year on year internet usage varies from country to country; there were estimated 525 million internet users in Africa, and with a 39.8% internet penetration, representing 11.9% of the total world, according to Internet World Stats 2019.

For example, in Sub-Saharan Africa which is experiencing a high migration rate to mobile broadband-capable internet connections, in 2018, 4G stood at 6%, 3G at 35%, while 2G dominated at 59% and with 5G connections expected to launch in Africa by 2021, and within the next 5 years, 5G will account for 3% of the total connections, while 4G will rise to 24% according to Jumia report.

However, with affordable mobile phone this has increased mobile phone penetration in Africa according to the most recent report from GSMA an Association of Mobile Network Operators Worldwide, there are 747 million SIM connections in sub-Saharan Africa only representing 75% of the population. 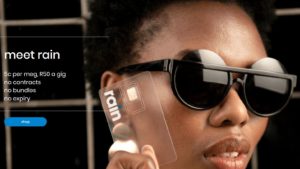 Therefore, mobile phone has since become the most convenient tool for those gambling. South Africa having a higher internet and smart phones penetration in sub Saharan Africa. The 2017 Geopoll survey on gambling found that South Africa has the lowest number of people who use mobile phones to gamble, while Kenya about 75% of those who bet do so using their mobile phones and having the highest number of mobile usage for gambling at 96% geopoll said and with the highest number of people using mobile payments for betting. 5G fifth generation technology is here to change the gaming space in Africa.