Today, the pachinko industry makes $200 billion per year. That’s more than 30 times what is spent in Las Vegas and Macau combined each year. Pachinko parlors only exist in Japan but have grown to be a large part of the culture. So much so that it now accounts for 4% of the Japanese GDP. So how can this 90-year-old industry have grown so much without ever succeeding abroad? It’s the story of a foreign game adapting to the times and becoming part of the Japanese culture. 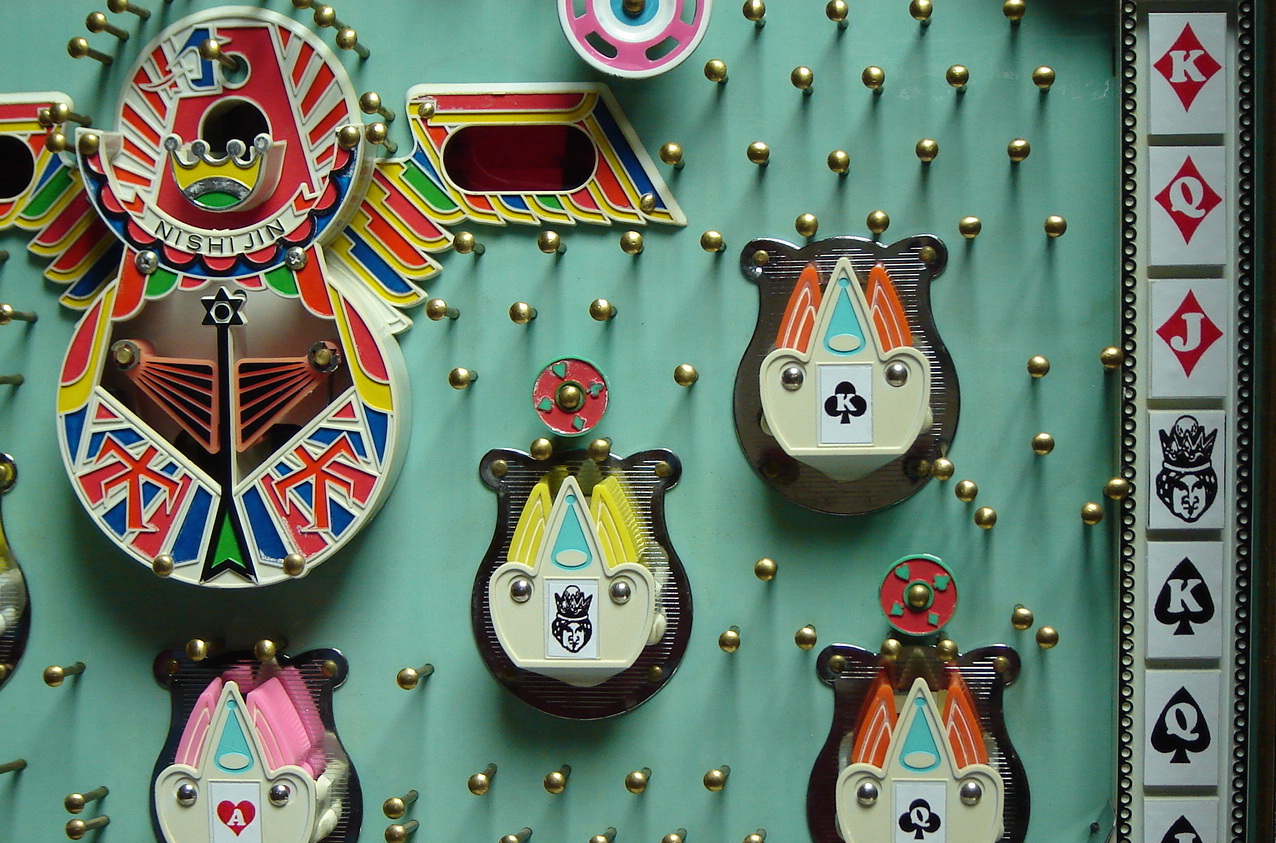 In simple terms, pachinko machines are complex pinball games. Pachinko parlors are filled with these loud machines that you can hear from far away. The noise coming from each is beyond imagination, as you can observe in this short video below. Even before doors open, it feels like we’re inside already.

The concept is simple. You throw a ball on the board and it bumps into pins, altering its trajectory. Based on how much power you put the ball is thrown more or less far at the top of the board. The goal is to make it reach certain reward spots. As the years passed, the game evolved from a wooden game to using metal balls and pins. Now, all pachinko machines have integrated games within the board.

From Chicago to Nagoya

The Corinthian Bagatelle game was imported from Chicago in 1924. It quickly found its place in candy stores. There, children could play the game and win certain candies based on their results. They called the game “Pachi-Pachi” as a reference to the sound made when playing the game.

The first pachinko parlor was founded in Nagoya in 1930. From there it started growing and in 1936, this industry skyrocketed. In less than 6 months, 35 parlors were opened in the Kochi prefecture alone. All parlors closed between 1938 and 1946 to keep the materials and manpower for the war in China and then WWII.

After that, the industry grew faster than ever. In 1953, there were 387,664 registered parlors, each containing many pachinko machines. That’s in stark contrast to the 9,794 that existed in 2018.

To put it into perspective, there are only about 125,500 square kilometers habitable in Japan. This means there were about 3 parlors per square kilometer in 1953. As the decades passed, the parlors evolved. Even though their number decreased, they also became larger and increased revenue. At its peak, in 1999, it accounted for 5.6% of the country’s GDP, according to Wan, Junmin, author of Consumer casualties: exploring the economics of habit, information, and uncertainty in Japan.

Nowadays, most machines are sponsored by famous movies and games. You can find, for example, Star Wars-based pachinko machines. This allows the industry to attract fans of games like Zelda and Mario, or even of manga like the Fist of the North Star.

Japan banned gambling in 1907. Due to the highly unpredictable trajectory of each ball, the game itself can be considered a gamble. You could think that practice could help gain skills. You could learn the exact strength needed to have the ball reach the spot you target. To avoid this, owners tinkered with the pins every day to keep the game unpredictable.

Japanese law only prohibits such games when the direct reward is money. As a result, pachinko parlors bypassed the law by offering different types of prizes. The most often chosen one is a token that doesn’t hold much worth in itself. This token is then “sold” in a shop outside the parlor. Pachinko parlors owners own both the parlor and the shop but keep them separated. As a result, the law doesn’t consider it gambling. Quite the workaround.

Is the game addictive?

Pachinko presented itself as a way to win money in the absence of other legal ways to gamble. Today, there are 7.8 million players in the archipelago. This means 6.2% of the population or 1 out of 16 Japanese citizens. Most players are veterans of the game, playing it for decades, often daily. Some even make a living out of it. They analyze the different patterns and line up in the morning to get the machine that they believe works best.

To many, Pachinko isn’t just a game. In fact, some might say that the industry survives on the addiction it procures its players. It accounted for nearly half of the country’s leisure activities in 2016, despite its small player base. In the 1990s, mothers holding their baby on one lap and playing the game with the other was a common sight. Some children even died suffocating the car while waiting for their mother.
Some believe pachinko would have never grown that much had casinos not been banned. I disagree. Pachinko didn’t start as a gambling method. It started as a simple game in candy stores.

The population of pachinko players is aging. Most players are in their late 50s or more. Official numbers show a lower average, around the late 40s. In Tokyo, the average is only 25 years old but this is due to the existence of Pachislot, a version aimed toward younger generations. Since Tokyo is where the best universities are and where it is easiest to find a job, young people gather in Tokyo. This then increases the number of younger players there.

The pachinko industry became what it is today by becoming a part of the everyday Japanese person as a child. Some played it in candy stores and moved on to pachinko parlors when they were first created. Others saw everybody was playing the game and started it as well, to fit in.
The simple concept made it easy to start playing. The balls continuously falling down in the bucket provided a sense of satisfaction. Even though the results were mostly based on chance, it didn’t feel that way. That got players hooked. With the arrival of video games in the 80s, young people discovered superheroes. Years later, they found them in pachinko parlors, reigniting memories and nostalgia.

Future of the industry

On top of an aging population, the enforcement of a no-smoking law in April 2020 will have dire consequences for an industry in which 58.6% of players smoke.
The current pandemic will also fasten this industry’s downfall. Many pachinko parlors didn’t close during the lockdown in April, but the number of players fell. The incoming economic crisis will deal another blow to the industry. The pachinko industry will disappear one day, certainly to be replaced by another one. In the meantime, pachinko parlors are increasing their profits despite lower sales. They increased their profits to $3.8 million dollars in 2018, compared to $3.5 million in 2017.

If pachinko parlors want to survive, they will need to turn to their origin. They should become part of the culture for a larger part of the population.

The smoking ban may become a plus for the industry since only 17.9% of the population smoked in 2018, according to a Japan Tobacco survey. Parlors were always full of smokers, thus preventing non-smokers to play. With no cigarette smoke in parlors, more non-smokers could give pachinko a chance.

Pachinko parlors could keep diversifying the types of machines they have, reaching a larger part of the younger population. In a country where seniors accounted for 28.4% of the population in 2018, targeting a younger audience is a requirement for any business. Finally, the image associated with Pachinko parlors needs to be improved. This could be done through targeted social media platforms used by younger generations, such as the Line app, or adding machines to gaming centers where students often go take purikura pictures.

The pachinko industry is an important part of Japan’s history. It started as a simple candy store game. Today it fills large buildings and attracts millions of players across the country.
It’s the story of an industry that focused on its own market and continually grew its fan base.
People travel to Las Vegas to go to the casino and spend thousands of dollars in a night. Pachinko chose another route. Parlors focused on bringing back players day after day. After a while, players came to consider going to the parlor a routine task like going to the supermarket. Habits are much harder to break. A community of regular players thus comes back every morning to spend a little. All cut from the world by the ruckus in the parlors.