As the world struggles through the COVID-19 pandemic, sadly, many have had to face the harsh reality of losing their jobs. However, there is light at the end of the tunnel for one lucky man in Perth, Australia – A young dad who had just lost his job as a security guard due to the effects of the COVID-19 pandemic, won $5,8 million in the Oz Lotto Draw (R73 Million in South Africa).

The man who is in his late twenties, was doing grocery shopping for him and his three-year-old daughter when he decided to buy an Oz Lotto ticket. He had forgotten that he had purchased a lottery ticket but a few days later, after watching the news which stated that there was a ‘mystery winner’. The young father checked his ticket at the retail store where he had purchased it and the retailer directed him to the Lotterywest HQ where they informed him that he had just become $5,8 million richer.

He was in absolute disbelief when he found out that he had just won the Oz Lotto windfall.

“I just want to go home and hug my daughter. I always say that life could be a dream and this certainly feels like one. I never thought it could be me”.

He shared the good news with his brother first. “I really look up to him and he’s been struggling to find the finances to buy a house but I’m going to buy him a whole house now,” he said. In addition, the 20-year-old man wants to use the prize money to go back to school and help his family. “I’m also going to go back to school and finish my commerce degree and learn how to manage my money. My mum will be getting a new car and I’ll buy myself a house and also set up my kids”.

You too, could change your life in a blink of an eye!

Place your bets on LottoStar’s Oz Lotto today and you could win a payout of R83 Million. 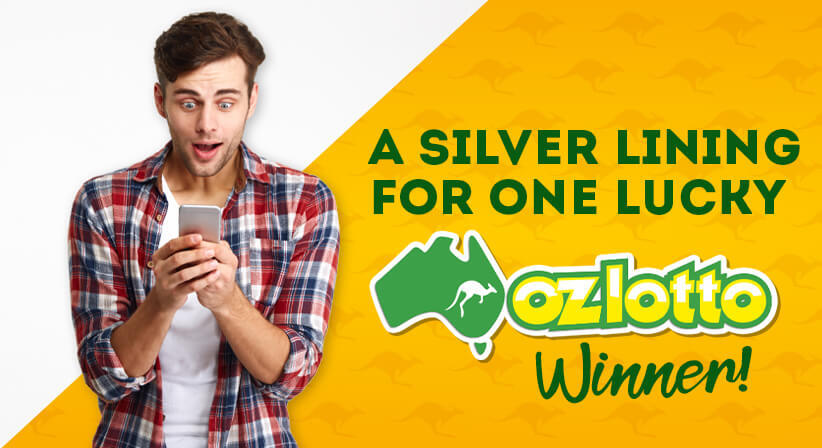