The Uganda government has imposed a new 12 per cent excise duty on data bundles following the daily UGX 200 OTT tax scrapping. This latest development is not a favorable policy for different sectors of the economy that rely heavily on the internet.

In essence, this new directive of 12 per cent excise duty on data bundles for the internet user is considered a massive blow to the sector such as the iGaming industry, e-commerce, among others. These will play a role in effective and frustrate customers’ and those considering the adoption of the internet. It is expected that it will impact customers behaviour like the average time spent surfing the internet. These will take away that freedom and comfort as the cost of the internet data bundles are expected to rise. Customers will have to purchase internet data bundles more expensive than the previous cost. An official of Uganda has said the former OTT tax failed to reach the expected performance levels, with many telecommunication operators finding ways to bypass the regulation. Parliament approved the 12 excise duty in April after it passed an Amendment Bill 2021. However, the new tax is attributed to impact data prices considered high compared to other Eastern and Southern Africa countries.

Although telecommunication operators in the country, including the major companies like Airtel Uganda and MTN Uganda, have all come out to take the burden of the 12 per cent tax on data temporarily until they have fully assessed the impact of the new tax on data prices. 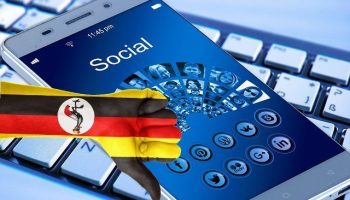 The question is how long these operators can absorb the 12% tax on data bundles before transferring them to end-users. However, this move is ill-time despite the impact of the global Covid-19 spread that has cripple businesses. With no relief package for some sectors like e-commerce, sports betting operators rely on retail and a bit online due to low internet penetration and smartphone adoption. They embraced digitalization by recalibrating their business. Attending to their customers’ needs during the country’s first national lockdown, all this was possible thanks to the available internet. In contrast, the country being in the third wave of virus spread with the government announcing a new national lockdown is a devastating blow towards digitalization adoption for the masses.

However, the cost of internet data has been one of the challenges to slow down the adoption of digital transformation in industries. Even though one of the draw-back of the iGaming industry in Africa has been internet broadband connection and the expensive cost of internet data bundle, it is considered expensive in Africa. According to a 2018 report by Ecobank Research, Africa has the most expensive mobile data in real and income-relative terms.

For example, in Equatorial Guinea, Zimbabwe and Swaziland, the three most costly countries, a gigabyte of data cost more than 20$. At the same time, across the continent, the average price is estimated at $7.04, with a majority of countries recording prices above the UN Broadband Commission target of 2 per cent of monthly income. The UN Broadband Commission for Sustainable Development defines the internet as affordable when 1.5 gigabytes of mobile data are priced at no more than 2 per cent of average income.

Today, Uganda still faces a massive proportion of the unconnected population left out with no options whatsoever. While in Africa, there is even a coverage gap of 800 million people who live in areas not covered by networks. 44% of the world’s uncovered population was in sub-Saharan Africa. Although, according to the Uganda Communication Commission (UCC), there are merely well over seven million smartphones connected to the internet (mobile internet). As of December 2020, over 46 million people, this figure translate to the huge proportional gap of that demography without access to the internet.