Across the vast expanse of Africa, its 54 nations, there is a huge variation of mobile phone usage in Africa.

The adoption of mobile phone in the region has skyrocketed in recent years; particularly smartphones usage is unprecedented in Africa, which now holds an astounding share of the worlds betting industry, payment transactions not to mention all but ultimately, it was smartphones that fuels the growth of sport betting business in Africa. Although, the way sports betting business is evolving in recent years, and the prevalent of mobile phones which as contribute to all sectors of Africa betting industry and beyond. We will be looking at the smartphones market, the adoption of smartphones in sports betting and what the future holds. 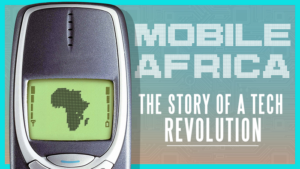 The African smartphone market saw encouraging growth in the Q3 against all odds. Statistics report from International Data Corporation (IDC) noted that the growth has happened despite the market pressures emanating from China-US trade tension that has impacted smartphone markets globally. Though, the increased smartphone market in the region which in Q3 of 2019 is a 4.0% total of 22.6 million units. Further, the IDCs said Mobile phone Tracker shows that Africa’s overall mobile phone market as reached 55.8 million units in the Q3 of 2019, whilst feature phones account for 59.4% of this versus smartphones at 40.6%.

However, the IDC said it expect year on year that Africa’s overall mobile phone market both smart and feature phones to total in the figure of 218.2 million units for the year up 3.2% in 2018, and that the introduction of more affordable devices will help drive progress in this space over the coming years. While, feature phones are expected to remain flat at 127.2 million units in 2019, up just 0.1% year on year, as the transition to smartphones wins in popularity, however, these figures indicate the rampant of smartphones market across the region, which can be stated that it entails with the adoption of digital technology in the developing African countries, particularly in sib-Saharan Africa.

ADOPTION OF SMARTPHONES IN SPORTS BETTING

The increasing availability and adoption of mobile broadband services is driving a shift in consumer engagement patterns, from basic voice towards data-centric services. Across the region, there is growing demand for a more convenient ways to access online platforms, which include payments service, communication services, information as well as the gaming industry. Although, the rapid adoption of smartphones in the region has transformed industries particularly, gambling segment in recent time they as been transition in player’s behaviors the way punters wager/stake on bets, considering the fact that, few years down the line in Africa where you will find more betting shops, kiosk where people goes to place bets but in recent times punters now prefer wagering on a bet from the comfort of their homes via mobile phones, further, as more African countries are adopting digital technology in Africa. Meaning the numbers of bettors that prefer to wager on betting through there smartphones as increased especially the young Africans, compare to the conventional ways of wagering on bets years back. 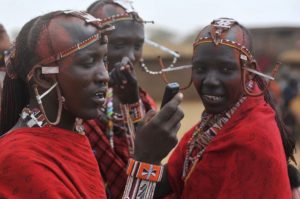 A very good example how punters are evolving the way they wage on a bet through they smartphones is alarming, a statistics report from Geopoll survey in some selected African countries indicate the growth rate on a daily basis whilst, the mobile betting in some few countries namely, Kenya, Nigeria, South Africa Geopoll confirmed that in Kenya that 88% of gamblers that 64% of bettors use smartphones as a common medium tool for gambling whilst, Nigeria is in contrast with a relative percentage figures with 60.2% and South Africa can be stated to have the lowest mobile phone betting among the three selected countries, though South Africa has the high rate of internet penetration in Africa as well as the biggest gambling turnover in the region, across the globe it is projected by 2022 the global gambling market could be worth $635 billion according to findings by Dublin-based Research and Markets.

WHAT THE FUTURE HOLDS

Smartphone usage will continue to grow in Africa as well as internet connections in the region and the rest of the world as it is been projected GSMA Intelligence which stated over 5 billion people are connected to mobile services in 2017, whilst the global industry will reach further milestones over the next eight years. The number of unique mobile subscribers will reach 5.9 billion by 2025, equivalent to 71% of the world’s population. Though, growth will be driven by developing countries, particularly India, China, Pakistan, Indonesia and Bangladesh, as well as Africa and Latin America. The speed growth is slowing though, with most of developed world approaching saturation.

The more significant growth opportunity will lie in mobile internet-a market that will add 1.75 billion new users over the next eight years reaching a milestone of 5 billion internet users in 2025 according to GSMA Intelligence. These figures indicate the growth of mobile phone users across the globe and while it is important to note that the rate of mobile betting in Africa will experience further growth as well as the increasing mobile payments service which are all on the high in Africa.