Not long ago, internet cafes, cyber joints, and gaming were typical hangouts for African gamers. The young enthusiasts would use personal computers and consoles, foreign creations, to experience the thrill of their favorite games. Only a handful were privileged enough to enjoy these alien creations in the comfort of their homes.

The development of smartphones has made it easier for gaming fans to play their favorite video games whenever with most assets, languages, and even characters, mirroring African aspects. The rising popularity and availability of multi-functional gaming consoles are vital in expanding the market of video games on the continent. Undoubtedly, the number of young gamers in Africa has dramatically increased over the past five years, which shows that the gaming industry is progressing upward.

While it’s sometimes fun to get lost in the thrill of video games, gamers ought to know their limits and, at some point, need restrictions from their gambling sites. Gamstop is a reputable platform that restricts and limits a gamer’s access, through self-execution, to an online gambling site promoting responsible gambling. While this platform is most valuable, it limits your access to gambling, a factor that gets many gamers searching for casino sites not on gamstop. 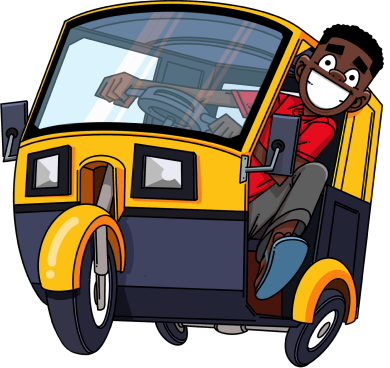 Hugo Obi, the co-founder of Maliyo Games, stated that the Nigerian studio is gradually shifting from Facebook and web games to Android. He asserts that the mobile ecosystem in North America is balanced differently from that in Africa. Although smartphone owners are rapidly increasing, feature phones are still in the lead. Most people have access to cheap Chinese Android phones with limited storage capacity and processing, which can’t handle more than ten simple games and in-app purchases are not prevalent. Instead, most developers earn through subscriptions.

The subscription-based model demands that the player pays before accessing the game for a given period. However, the resistance against in-app spending due to the extensive credit card fraud discourages most Africans from using their credit cards online. Developers ought to put their games on several stores and Google play alternatives like the Opera Mobile Store to empower this model. Monetization is not the only setback the local gaming companies face.

Due to inadequate data, the biggest challenge lies in figuring out the local preferences and tastes. Obi noted that the small dataset made it tricky to categorically choose the right direction, which often left them guessing. There are numerous types of games, including strategy games, scenario-based games, and arcade games. Still, the challenge arises when it comes to identifying the genre that the people in Africa are more interested in.

Kenyan studio Black Division Games created an African-themed Flappy Bird-style game locally known as KukuSama, which left the locals in a buzz. Still, they are mostly famous for the Android first-person shooter, Nairobi X. Being one of the few African-made 3D games, Nairobi X was a hot topic across the continent. Andrew Kaggia, the founder of Black Division Games, said he hopes to follow it with analogous games set in several other African cities.

South Africa takes the lead in the gaming industry in Africa

Carry1st, a South African gaming platform, and Newzoo, a games analytics company, show that the number of gamers in sub-Saharan Africa in 2021 was a solid 186 million. South Africa has 24 million gamers and took the lead as the largest video game market in Africa. As the numbers continue soaring, the gaming industry is gradually threatening to overtake the music and movies market in the country. Ghana and Nigeria emerged second and third, respectively, while Kenya and Ethiopia took fourth and fifth place in the continent. As more investments keep trickling into Africa’s gaming industries, these numbers are expected to explode over the next few years.

Gaming companies are working toward adding new game elements, including ownership allowing players to own assets and characters based on block technology. A Kenyan-based Social Impact gaming company, Usiku Games Africa, is launching a new era of blockchain gaming, where the tech-savvy can begin earning from the industry.

Usiku Games founder Jay Shapiro stated that the company is developing mechanisms within the games to allow the gamers to spend or gain transparently. This model, unlike gambling, ensures that the gamers experience thrill, although they won’t be able to cash out their earnings directly. The enforced savings mechanisms direct the gamers’ earnings to long-term saving instruments such as pension schemes, education, and health insurance, instigating a saving habit among African youth. Shapiro asserted that although a job and regular income, little savings wouldn’t hurt.

A decade ago, video games were a new concept in Africa, but over the past five years, the continent has recorded an impressive number of gamers. Most gaming companies are hopeful that the current positive trajectory will stay.

Slotegrator updates the risk management module on its platform