When he was finishing his studies in southwest Nigeria, Tunde Buremo offered services through online freelance platforms Fiverr and Upwork to fund his course. With Nigerian transactions banned on PayPal at the time, a client in Asia asked to pay using bitcoin (BTC).

Buremo created a virtual wallet, got paid, and began investing in the oldest and largest cryptocurrency. He went on to found LoadNG Automated systems, one of the fastest growing bitcoin exchanges in Nigeria’s vibrant cyber market. LoadNG specialises in allowing users to convert bitcoin to cash in naira. In January, it signed actors Woli Agba and Lateef Adedimeji – who have combined social media followings of 6m – as brand ambassadors as bitcoin promotion goes mainstream.

After an unprecedented 10-month rally in the value of bitcoin and a subsequent fallback in January, the currency has again topped international business headlines. It rose to a high of nearly $42,000 on 8 January, before tumbling 20% to $33,000 just a few days later, a rollercoaster ride that highlighted the dramatic peaks and troughs that have defined the currency. 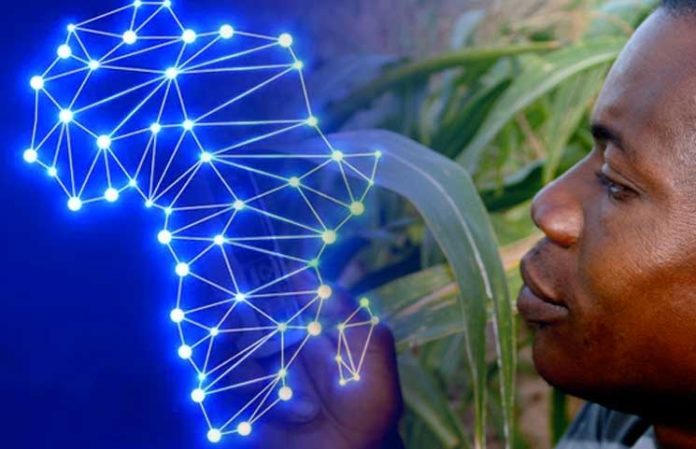 Nowhere has this boom-bust story proved more alluring than Nigeria. In a recent report by US blockchain research firm Chainalysis, Nigeria was among the top 10 nations with the highest cryptocurrency use, as young Nigerians seek routes around a restrictive banking and monetary system.

During the #EndSARS protests against police brutality in October, young investors used bitcoin for fundraising when the government shut down local payment platforms. Data from Google Trends shows Nigeria as the number one country in terms of global search interest for bitcoin over 12 months.

The interest is replicated across Africa – between July 2019 and June 2020 the value of monthly crypto­currency transfers under $10,000 to and from Africa grew more than 55% to $316m, according to the Chainalysis report.

“Nigerians are seeing bitcoin as an escape from the normal fiat,” says Buremo. “People don’t trust the currency [the naira] and so they are looking at another way of using money.”

Stunning gains and reverses have become a common feature throughout the currency’s history, prompting dramatic price swings that have enriched and impoverished retail investors. The beginning of the pandemic saw a drop in the value of one coin to $3,800 before the recent resurgence and subsequent fallback. At $700bn, bitcoin’s market value is today higher than Nigeria’s total GDP – Africa’s largest economy was valued at $515bn in 2019, according to the World Bank.

But its volatility, coupled with a global lack of regulation, means that it is viewed with suspicion by states and many established investment houses.

“The 2016 to 2017 bull market saw nine full 30% price corrections, followed by on average 150% worth of gains until the next minus 30% price correction,” says Chris Becker, blockchain technologies lead at South Africa’s Investec. “So [the mid-January] price correction was not unusual for a BTC bull market and has already been mostly erased. Investors who can’t handle this level of volatility should stay away from BTC.”

A digital version of gold?

But other investors reject bitcoin’s image as a mere tool of financial speculation, arguing that Africans are using bitcoin to pay for goods and services from abroad. Without a central bank or single administrator, bitcoin is sent user-to-user via exchanges like Luno and Paxful, the two most popular in Africa. Transactions are verified through cryptography and recorded in a publicly distributed ledger called a blockchain.

Some investors argue that the currency is akin to a digital version of gold, typically a safe haven investment in times of volatility, and say that it acts as a useful hedge against inflation as governments around the world embark on large-scale fiscal stimulus policies. Others claim it protects against Africa’s volatile currencies and point to its use as a form of remittance payments for migrant workers.

Bitcoin exchanges charge typical broker fees of 2-2.5% for sending the value of $135, slashing the fees at traditional money-transfer firms who charge around 5%.

“Today, the average fee for traditional cross-border payments globally is 7%,” PwC’s global crypto leader, Henri Arslanian, says. “In many parts of Africa, it’s double digit… What’s happening is people are starting to use cryptocurrencies… to significantly reduce the costs of payments. Doing a traditional bank payment can take many days, so bitcoin can make this significantly more efficient and effective.” 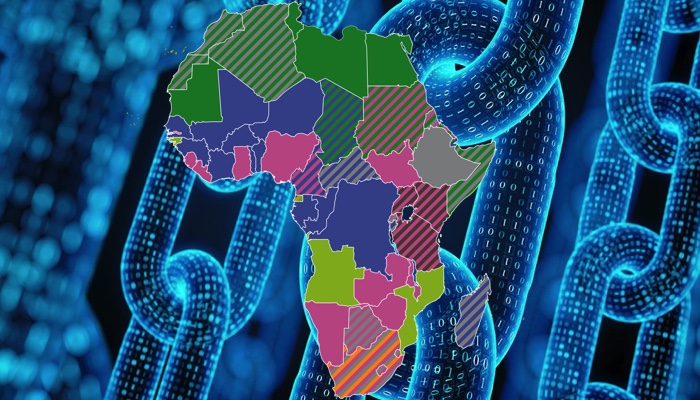 In South Africa, police are investigating bitcoin platform Mirror Trading International, which was provisionally liquidated by court order in December after investors complained of being unable to withdraw funds.

The whereabouts of its CEO and sole director, Johann Steynberg, are unknown, but he is believed to have fled the country. The platform, which promised lucrative returns to customers, allegedly reached 260,000 members who may have invested over R9bn ($594m), according to local media. Thousands may have lost their savings in the scheme.(…)