The United Kingdom, Italy, South Africa, Tanzania and the Isle of Man are the five remaining markets betting company SportPesa is left with after it announced Saturday that it has ceased operations in Kenya, its biggest market of the six that it had.

According to SportPesa’s website, it describes Kenya as the “spiritual home of the company”.

“Kenya remains the spiritual home of SportPesa. With a number of sponsorship deals and frequent community development programmes, we think we’ve earned our title of the most popular gaming company in Kenya,”

– says SportPesa on its website in a yet-to-be-updated category.

The company says its European market is headquartered in Liverpool, the United Kingdom.

“Having established strong partnerships with some of the biggest football clubs in the UK, we are proud to have our new European head office in the stunning Royal Liver building in Liverpool,”

Besides the UK, the firm has markets in other European territories, including Italy and the Isle of Man, which is a self-governing British Crown dependency in the Irish Sea between England and Ireland.

“As proud sponsors of Torino F.C. SportPesa is excited to add Italy to its portfolio of operations, and we look forward to extending our product offering and first-class service to Italian customers,” 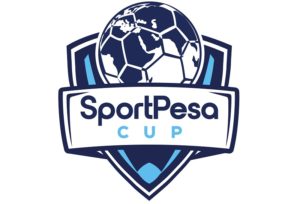 In Africa, the firm has markets in Tanzania and South Africa, besides Kenya, which it has since suspended its operations in.

On Saturday, September 28, SportPesa announced it was stopping operations in Kenya until the “hostile business environment” in the country improves. In a statement to newsrooms, SportPesa said the 20 per cent withholding tax charged on overall winnings has made it impossible for the firm to make money from the business.

“The tax is based on a fundamental misunderstanding by the Rotich-led Treasury of how revenue generation works in the bookmaker industry. This decision will have a damaging impact on both customers and Treasury,”

Further compounded by the currently in-effect 20% witholding tax on winnings, the economic incentive to place bets will be completely removed as the taxes will deprive consumers of their total winnings. This will have severe consequences for the licensed betting companies, which dutifully pay their taxes and ultimately will lead to a decline in government tax revenue to near zero and will halt all investments in sports in Kenya, –  added SportPesa.

“Until such time that adequate taxation and non-hostile regulatory environment is returned, the SportPesa brand will halt operations in Kenya.”

Another betting giant, Betin, announced that it had laid off all its staff in Kenya, citing unprofitable business environment in Kenya. SportPesa, whose operating license was not renewed by July 1, said on September 3 that its meetings with several regulators in Kenya, including the KRA and the Betting Control and Licensing Board, yielded a result they desired.

“There has been notable progress in these sessions, and we are pleased that Kenya Revenue Authority have now cleared us to have our license renewed. SportPesa is confident that these processes will be completed soon, allowing the company to resume full operations,  … we will be communicating soon on when we will be commencing operations”

– said SportPesa in a press statement released on September 3.

SportPesa, which alongside Betin and Betway controls 85 per cent of the Kenyan betting market, allegedly owed KRA Ksh14.9 billion in unpaid taxes. SportPesa CEO, Captain Ronald Karauri, in a past media interview said the company has directly employed 400 people in Kenya.

The fate of the betting firm’s staff now hangs in the balance, as the company is yet to announce what it would do with its workers.