Poker tournaments have always been popular among amateur and professional players. With the development of the Internet, various online tournaments were added to the list of popular poker events. They draw the attention of millions of poker fans every day as they have numerous advantages. The main reason why online tourneys are so popular is that players could become a part of large events with big prizes from wherever they are. So, let’s take a closer look at online poker tournaments and their types. 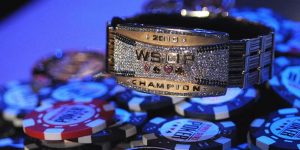 Poker tournaments are held online and offline. Even if you are not a big poker fan, you should have heard about the World Series of Poker. Also known as the WSOP, this is the largest offline poker tournament in the world. As of 2022, the tournament consists of more than 100 events with Hold’Em being included in more than half of them.

Winning the WSOP is every professional player’s dream as it guarantees not only popularity but the prize pool reaching millions of dollars. As for online poker tourneys, they emerged in the last decade. They quickly became popular for a number of reasons: attractive real-money prizes, the possibility to play from home, the absence of crowds and lines, high-quality games, and so on. Most online tourneys are available 24/7. Finally, there are many types of online poker tournaments, so every player has the option of choosing the best event to join.

Multi-Table Tournaments
Multi-table tournaments (MTTs) are one of the most popular events at online casinos. They are tournaments where players need to pay a buy-in fee to receive chips. Players stay in the tournament until they are out of chips. In MTTs, players play on multiple tables and start each round at a specific time. As the tournament progresses, players are distributed to other tables until there is one table left. The one who wins on that table takes a solid prize pool.

Rebuy Tournaments
Rebuy tournaments follow the same rules as MTTs but there is one significant difference. Players can re-enter the tournament in case they’ve been eliminated. To do so, players need to pay again in the first rounds of the tournament.

Sit & Go Tournaments
This type of poker tournament is quite different from the rest. Sit & Go’s don’t have a schedule as they start as soon as all seats are taken. 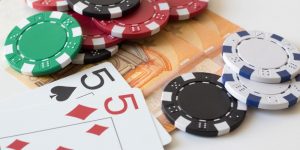 Therefore, tournaments can start every hour, half an hour, or even every five minutes. The prize pool is usually divided among the top-3 players, however, the number of winners may vary.

Shootout Tournaments
Being a mix of MTTs and Sit & Go’s, shootout poker tournaments are played at multiple tables. The key difference is that players stay at their tables until there’s one player left at each table. Then, they move to the next table and the tourney continues. The winner is the last person remaining in the tournament. Shootouts are very popular at online casinos like Bet365 Casino, PokerStars, 888 Poker.

Bounty Tournaments
Bounty tournaments are similar to MTTs but with a special feature. In bounties, there is a reward for knocking out other players. There are online bounty tourneys where the prize is given for eliminating famous poker stars and top-level players.

Guaranteed Tournaments
Guaranteed tournaments offer a fixed price pool regardless of the number of participants. If an online casino offers a $500,000 prize, it will pay it no matter whether 50 or 2000 players are in. Therefore, guaranteed tourneys can sometimes be super profitable.

Daily and Weekly Tournaments
The majority of online casinos in India host daily and weekly poker tournaments. Each may have its own rules, prize pool, and selection of games. However, most tourneys offer a guaranteed cash prize that can reach millions of dollars. For this reason, daily and weekly tournaments are extremely popular among poker fans.

Wazdan forges an experience for the ages in Power of SunTM: Svarog