Online casinos come with a wide selection of online games that have been developed by some great companies. Like Microgaming and NetEnt which belong to the best online casino software providers. Without their contribution, your everyday gambling experience wouldn’t be the same, so let’s get to know them a bit better.

Games on online gambling sites have gone through a massive change in the last few years thanks to specialized casino software providers. These companies still try to improve them every day by using the latest technology. There is a big competition between them so creating new features, video, and audio solutions are crucial for them to be successful. And to make online gambling an even better experience. While some online casino sites have their own software team, most of them rely on third-party providers. Making the software providers a very important members of the whole gambling industry.

Microgaming
The biggest and one of the best online casino software providers is Microgaming, which actually started as an online casino itself in 1994 in South Africa. Soon though it began to focus on making games and providing them to other casino sites. In 1998 they made the world’s first online progressive jackpot game, Cash Splash. We can find some of the most popular games in their products like Mega Moolah, Immortal Romance, or Thunderstruck. But the online slot version of Game of Thrones and Lara Croft were also made by them.

Microgaming also produced the first online betting software for sportsbooks, earning the title: “father of online casino software providers”. While in 2004 they developed the first mobile game. Currently they have more than 800 games in their portfolio. Microgaming is known for its high-quality games, but also for their responsible policies. So it’s no surprise that they’ve also received several international awards like the Digital Gaming Innovation and the Slots Platform of the Year awards. 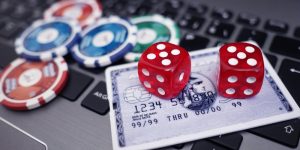 Playtech
Another big gambling software company, Playtech was founded in 1999. They’ve made software for online poker, online bingo and sports betting sites. Playtech also acquired several iGaming companies like Pokerstrategy.com, one of the biggest poker communities. But probably their online slots are their most popular products. Just to mention some of these games we have: Age of the Gods, Buffalo Blitz and Miss Fortune.

But their movie adaptations like Green Lantern, Gladiator and The Matrix are also loved by the players. You can find these slot games on most online casino sites. Just like Microgaming, Playtech has also won several awards eg. the Slots Provider of the Year in 2013. After checking out their games, it’s easy to understand why.

Net Entertainment
Net Entertainment, or as it’s often called, NetEnt, was founded by a major land based casino operator in Sweden in 1996. The company has a great selection of online casino games including video slots, blackjack, roulette and scratch cards. A key to their success has been following the latest trends since the beginning. As an example NetEnt released mobile games in 2011 and live dealer games in 2013. They won awards like the Platform of the Year and Online Casino Supplier of the Year, confirming their position as one of the best software providers. 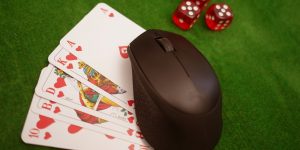 We can find some of the most well-known games in their catalogue. Like Gonzo’s Quest, Starburst and Mega Fortune. Along with famous licensed slot games based on musicians and films. Such as the Guns n’ Roses, Jimi Hendrix or Jumanji slots. NetEnt actually emerged with the following company on our list, Evolution Gaming in 2020. That created a real powerhouse in the industry.

Evolution Gaming
One of the latest big online casino software companies is Evolution Gaming. The company has been founded in Sweden in 2006 when their rivals have already been a well established members of the industry. Evolution had to come up with something new. And they chose to make high quality live dealer games. Their products have been so successful that the company has won the Live Casino Supplier of the Year award for 12 years in a row now.

They have studios all around the world but also stream from some land-based casinos like Hippodrome London. Beside the regular live dealer games like blackjack, roulette and baccarat, Evolution also have live versions of game shows. For example Monopoly Live where a host spins the wheel of fortune. Or Mega Ball, which is a live dealer bingo game. You can even play live dice games on a few online gambling sites in Africa. These games have been developed by Evolution using special robotic dice throwers, making it a really special gambling experience.

RealTime Gaming
We also have to mention RealTime Gaming in our list, which was established in the US in 1998. The company is still dominant in the country. They offer a wide range of online slots along with table games and video poker games. Most of their games accessible via mobile apps and on online casino sites around the world. RealTime Gaming offer special variations of popular card games like Vegas Three-Card Rummy or Face-Up 21. While their most popular slots include Spirit of the Inca, Cash Bandits and Megasaur. They come with special extras like the feature guarantee, a win-win feature and a progressive jackpot. RGT also offer a big variety of video poker games where you can even play multi-hand variants.

Online Gambling in Senegal Is on the Rise