On Tuesday, Betfred threw a wobbler into Phumelela’s ‘business rescue plan,’ which followed the South African company’s filing for a form of bankruptcy protection in May. Phumelela has been teetering on the financial brink for over a year after regulatory changes deprived it of a crucial share of race betting winning levies in the province of Gauteng.

While Phumelela has sketched out a rescue plan that involves the sale of certain assets and operations to Mary Oppenheimer Daughters (MOD) – a fund backed by one of the country’s wealthiest families, also one of Phumelela’s largest creditors – Betfred’s offer involves “all assets of Phumelela, and not merely some of the assets as contemplated in the offer made by [MOD].” 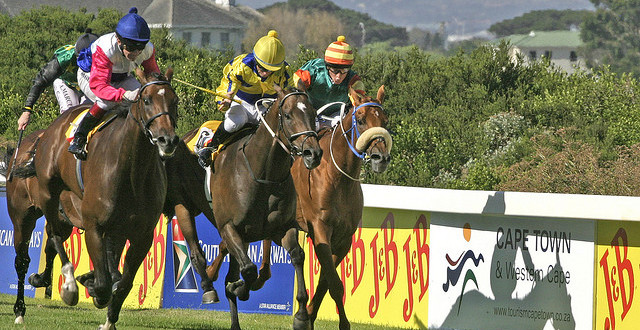 Moreover, while MOD has already provided Phumelela with a R100m (US$5.9m) lifeline and has promised to provide an additional R550m, Betfred’s all-assets offer is for between R875m-R925m. Betfred has also promised to preserve all Phumelela’s business units and retain all staff.

Still not convinced? Betfred has offered to provide an additional R650m loan to ensure Phumelela’s creditors’ claims are paid in full – versus only 72% repayment under the MOD proposal – and paid well in advance of MOD’s timeline. Betfred has put up 20m shares in UK bookmaking rival William Hill (currently worth R700m) as proof of its sincerity.

Phumelela’s original MOD-based rescue plan was to be put to a vote at a meeting on September 1, with 75% of creditors required to vote ‘aye’ for the plan to move forward. Phumelela said Tuesday that Betfred will propose a motion to adjourn the meeting “in order to revise the plan for further consideration.” Should Betfred’s offer be rejected by September 1, the company says the offer will lapse.

While Betfred has no South African racing experience, the company did run the UK Tote from 2011 to 2019. Betfred sold the Tote to a consortium of racing luminaries known as Alizeti Capital after Betfred founder Fred Done warred with stakeholders over a variety of issues, leading Done (pictured) to declare his “association with racing is broken.”