Locked out of a failing job market, young Zimbabweans are turning to forex currency trading to make a living.

“I was tricked by an internet scammer posing as a hedge fund manager in Manhattan,” – Wellington Mafuta recalls, dusting the clogged vent of a Wi-Fi router. “In reality, they were a thief in Mombasa, Kenya. They left my children with no breakfast.”

Wellington paused to scan his cellphone, stunned by how the #GameStop fiasco was roiling Wall Street. “The thief promised to trade forex online on my behalf but vanished with my $200 life savings,” he said.

Though a college-trained auto mechanic, the 43-year-old has somersaulted through a variety of professions over the course of his life. In recent years, he has forsaken greasy engines for the spirited world of foreign exchange trading, in which international currencies are bought and sold on a fast-paced open market.

He got into it after his own bad experience in the summer of 2014. Once he figured out that he had been scammed, “I stayed up till midnight studying forex-gaming manuals,” Wellington said. Then, he began trading. “I started with just $10, which I managed to raise to $50 in two days, and I grew that to $480 a week later.” He invested his profits in transportation and food processing, and, within two years, began offering his own free online forex classes. Then, one day, he realized, “Hey, Welly, you can wager your future on this.”

“Bossy Welly” as Wellington is colloquially known, estimates that he has coached about 2,000 wannabe traders over the past five years, though, at some point, he stopped counting. His students are mostly millennials, and some are as young as 14. The charismatic retired mechanic works out of his home in Mutare, a city of nearly 200,000 people with just five public internet cafés and ramshackle broadband internet, offering daily WhatsApp classes, capped at 250 people. “Each group gets a two-hour slot where I deliver my tutorials as text and images, give them extra reading materials, and invite questions,” he said. Welly’s free introductory course lasts a week, after which students are asked to pay $50 for a lifetime membership, which he refers to as “advanced training.”

Business has been good. “I make over $30,000 annually from forex trading now,” he revealed — a tempting figure in a country where public servants are paid some $177 a month. His earnings come mostly from his own trading, with student fees making up a small part. Currency trading has become a lucrative business in Zimbabwe for a number of reasons, some practical and some aspirational. For starters, there’s a low barrier to entry: in addition to a little capital, the only equipment needed are cheap smartphones, Chinese-made solar panels, and secondhand laptops, which traders use to access third-party trading platforms like MT4 and MT5 and other low-cost retail brokerages. To safeguard against Zimbabwe’s unpredictable power outages, serious traders will also purchase two internet service providers because “a $1,000 trade can go wrong in seconds.” Traders base their bets either on the basis of major news and analysis or on specialized financial websites.

Ease of access, however, doesn’t guarantee success. Forex trading can be a high-risk, high-reward endeavor, and Welly instructs his students to exercise prudence. “We make our profits from exploiting volatility,” he explains. “A student must trade when at least two markets are open because that is when there is the most volatility. There’s a steep learning curve — this isn’t a quick-money Ponzi scheme.”

But, despite the risks, there are an estimated 1.3 million online forex traders across Africa, and according to investigative journalist Yasin Kakande, 45,000 of these unlicensed traders are believed to be in Zimbabwe. If that is the case, it would make the country one of Africa’s fastest-growing informal online forex trade locations. In this, Zimbabwe, and the rest of the continent, is participating in an even larger trend.

Thanks to digital brokerages and trading apps like Pepperstone and OctaFX, small traders around the world are now able to access money markets that were historically too opaque, too expensive, and too highly regulated for anyone but large institutional players. Since hitting the market in the last decade, trading apps, with slick interfaces that share features with online gaming and gambling, have purported to make buying and selling forex simple. There are few reliable estimates of the absolute number of retail traders.

Although the apps and brokers promise “forex trading,” investors don’t usually participate in the currency markets directly but, rather, skim the surface using a riskier instrument known as a contract for difference, or CFD. A CFD is effectively a directional bet on how a currency will perform — simple to understand but risky to make. Forex markets are complex and sometimes volatile, and if the market turns, it is easy for an unfortunate trader to lose their whole stake.

Like online gambling companies, which have also spread widely across Africa and many other emerging markets, some forex apps and digital brokers operate in a legal gray area. Many are headquartered on Caribbean islands or in Cyprus — low-regulation jurisdictions that have historically hosted brass plaque financial companies that want to operate globally without scrutiny. This allows them to sidestep regulations that would normally prevent them from offering brokerage services in many countries, including Zimbabwe. 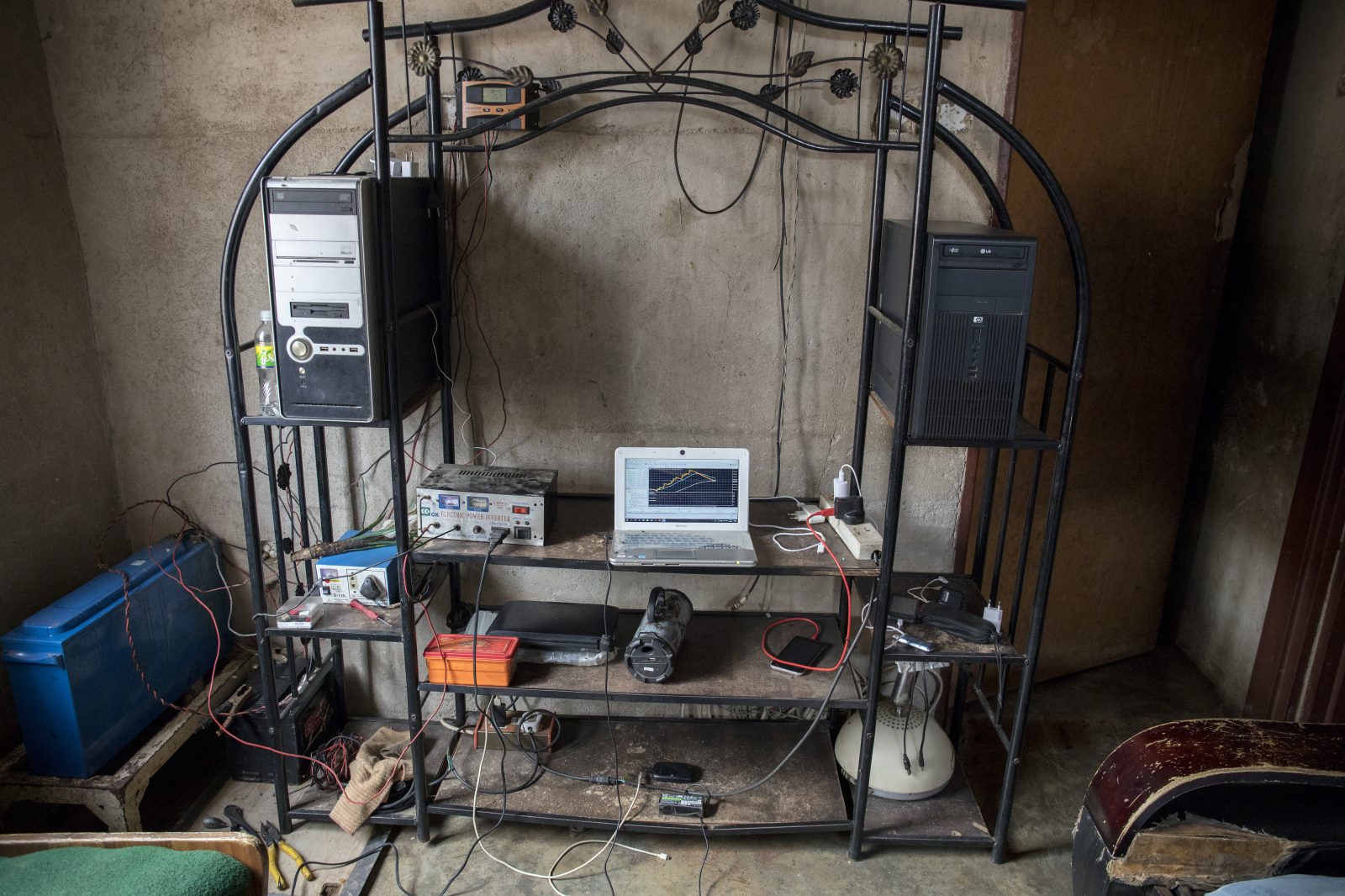 Their rise has gone in lockstep with that of financial influencers, individuals who offer trading tips via Twitter, Instagram, and Reddit forums or through groups on the messaging platform Telegram. Some have huge, global followings. The Singaporean forex coach Adam Khoo has 670,000 subscribers on his YouTube channel; Jon and Pete Najarian, NFL athletes turned traders, have more than 250,000 and 175,000 Twitter followers, respectively.

On Instagram in particular, those “signals” are accompanied by tantalizing glimpses of the traders’ lifestyles — fast cars, holidays in Dubai, and champagne yacht parties. Just how much of that is paid for by trading profits is unclear, and influencers usually make their money by selling private courses or learning materials or by offering premium access to trading tips for a fee. Others work on commission and are paid by brokers each time one of their followers opens an account. And in some places, the lure of forex trading is simply that it offers the possibility of a regular income.

Zimbabwe, a nation of roughly 15 million, is bound to an unusable currency. In 2000, the government embarked on a violent program to seize private farms from white Zimbabweans. As a result, the country’s agricultural, manufacturing, exports, and currency collapsed, hyperinflation set in, and the government began printing new bills and denominations to keep pace. Citizens started avoiding banks and holding their savings in U.S. dollars. In November 2008, the country’s inflation rose to the second-highest levels ever recorded, with monthly hyperinflation reaching 79,600,000,000%, according to Johns Hopkins University economist Steve Hanke. (…)