Earlier this month, the company released a report which showed the behavior of its users and their spending patterns.

The report examined user data between April and December 2019, showing a sample set of 10,000 users across 19 countries. It also showed the age and gender disparity between crypto users, as 31 percent of them were found to be between the ages of 36 and 45 years. 25 percent were between 26 and 35 years old, while a surprising 23 percent were found to be female.

Payment-Related Bitcoin Use is Still Prominent

The report showed that users spent an average of €112.56 ($124.77) through cryptocurrencies. Unsurprisingly, Bitcoin was found to be the prime digital asset for spending, while Ether came in second. However, as the company pointed out, comparing the volume of payments with the capitalization of assets would show that Ether actually does have a higher payment use than Bitcoin.

As 2gether confirmed, about 33 percent of crypto users spend their assets at hotels and restaurants. On the flip side, only a paltry 3 percent was spent on furniture and other household expenses.

2gether also showed that people with higher educational qualifications had a higher propensity to invest in cryptocurrencies, further proving that the adoption of the premier digital asset could be bolstered by an increase in educational attainment.

Payments have been one of the most significant use cases for Bitcoin since the asset first broke into the limelight. Although use cases such as investment and tax compliance have also been heavily touted, the primary reason why a lot of people seem to be getting more interested in Bitcoin is its ability to help them make anonymous, secure, and fast payments.

However, as it tends to be with just about every other aspect of the crypto space, not every country has been able to benefit equally from the benefit that Bitcoin provides viz a viz payments. There are a lot of reasons for this- some countries (e.g., India), although prime for payment-related Bitcoin benefits, have yet to provide regulatory approval for Bitcoin; others (e.g., the U.S.) don’t seem to overly need an innovative solution because their payment systems are already flush with services; and in some regions (e.g., Africa), knowledge and infrastructure for Bitcoin-enabled payments are yet to gain any traction. 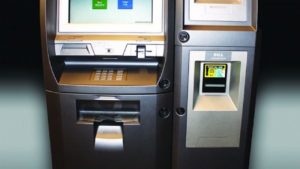 Still, there are several countries that have made considerable progress with Bitcoin-enabled payments. Venezuela, for instance, has made significant progress in this regard, thanks especially to Traki- one of the country’s largest retail chains. The firm was one of the first to accept Bitcoin for payments in Venezuela, and was instrumental in helping to install the first Bitcoin ATM in the country.

Earlier this month, Burger King in Venezuela announced that it would start accepting crypto payments at a location in the Sambil area of Caracas. The pilot program is the first in a pan that will see a total of 40 locations across the country adopt cryptocurrencies eventually.