Many speculate on blackjack’s origins. As one of casino’s most memorable card games, it’s only proper to commemorate its rich past and delve deeper into its origin. From its creation in the 16th century, the game has changed over centuries to what is known as modern blackjack today.

The classic card game also evolved with the start of the online casino industry. It eventually turned into one of the most prominent and popular games in any betting platform and region. The question left is: How did it all begin?

As mentioned, blackjack and its variants like Bombay club’s Salon Prive didn’t have a particularly clear history. Plenty of people debate on whether the game originated in Renaissance France or Ancient Rome.

According to a revered Spanish writer Miguel de Cervantes in his novel Don Quixote, blackjack was played in the earliest French casinos. The name ‘Vingt-et-un’ was used to refer to the game which means 21 in French. 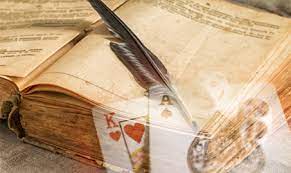 Other accounts claim that the Romans used to play with wooden blocks that resemble the playing cards and similar blackjack mechanics. However, it’s less probable that it had anything to do with blackjack since the symbols on these wooden blocks didn’t resemble any of the 52 cards in a deck of cards.

An interesting footnote in its history is the story of Eleanor Dumont. She was born and raised in France until she migrated to North America in her teens. Eleanor was talented in card games and became a professional dealer in old gambling houses.

After saving enough money from her day job, she opened her own gambling hall in Nevada City. The casino was named Vint-et-Un which was a tribute to her favourite casino card game. She was considered peculiar for her interests in dealing cards that led to many people challenging her for a round of classic blackjack.

If you go with the French origin of blackjack, it reached its peak in France in the 18th century. During that period, small gambling houses began offering unique bets to draw more players. A notable example is the 10:1 special bet if a blackjack occurs which was exclusively portrayed as the Jack of Spades and an ace.