On the 31st of January 2020, the British left the European Union after a referendum that was held in June 2016, when 17.4 million people opted for Brexit.

What it refers gave the left side people 52%, compared with 48% for remain. What does it mean, how does Africa benefit, and how will it open new opportunities to Africa gaming space.

What does it mean? 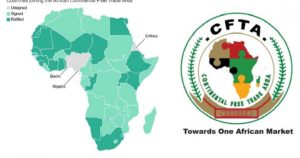 It means the British exits-refers to the UK leaving the European Union. However, the big question what binds them together initially before the British exits. So I will be breaking it down into piece. The EU is an economic and political union involving 28 European countries. It allows free trade, which means goods can move between member countries without any checks or extra charges. The EU also allows free movement of people, to live and work in whichever country that they choose or want. How does it sound just like the one Africa is about to lunch in June 2020, the Africa Continental Free Trade Area (AFCTA) which we see free movement of goods without checks or extra charges between African members state?

There is still much talk that still needs to be agreed, which is still take about months of negotiation will follow. At the same time, while the UK has agreed with the terms of its EU departure, both side still needs to decide what their future relationship will look like. All this will work out during the transition period, which begins immediately after Brexit day and is due to end 31 December 2020. Still, for now, the UK will continue to follow the EU rules, and its trading relationship will remain the same. However, between these transition periods if a new agreement cannot be agreed in time, then the UK faces the prospects of having trade with no deal. That would mean tariffs (taxes) on UK products traveling to the EU and other barriers. 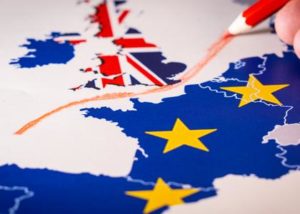 For the first time, ever UK-Africa investment summit was held on 20 January 2020 in London which saw ₤2 billion ($2.6 billion) worth of investments committed to African business over the next two years. The key theme was infrastructure development and free trade with African nations. The gathering of 21 African countries and their delegates assembled in London, alongside investors from all sectors from UK politicians, representatives from finance, businessmen to development for the high level-summit and African entrepreneurs. The event also focuses on the development of private sectors investors which will consider investing in Africa.
Indeed one of the topics that echoed was poor infrastructure as the critical barrier to foreign investment in Africa nations which will see the UK lunch a partnership focused on support with African Development Bank (AFDB).

Finally, this summit will not only see UK-Africa free trade movements of goods to Africa but will see other opportunities from other sectors of the country from the investors perspective
over the next decade.

To consider investing in Africa, we should not forget the UK is the home of gambling business in the world which as the numbers when it comes to figures of operators operating a gambling business.

Over the next decade, more companies will consider investing in Africa which is the home to 8 of the 15 fastest growing economies in the world in which by 2030 42 per cent of the world’s youth will be in Africa.