Playing games of chance have become the latest fad in most towns and villages in the country.

With FCFA 100, small attractive machines stationed in roadside shops and beer parlours in the nooks and corners of the country has become an epicentre of attraction for both young and old as huge masses line up in front of them in order to make money. 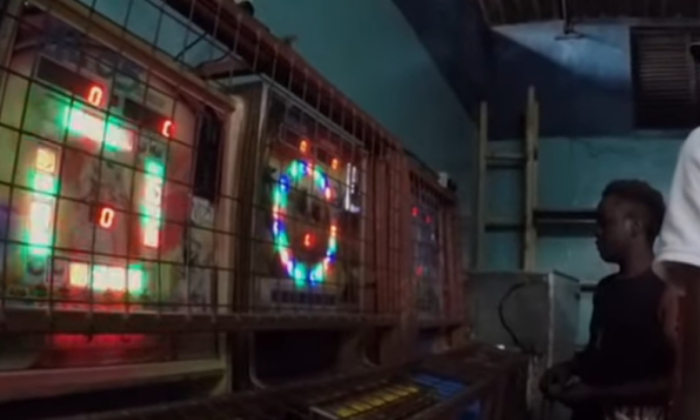 When Cameroon Tribune (CT) called on some of the towns and villages in the country found out that many young people are fascinated and hooked up to these machines. Most operators wish to conceal about the gambling business and how the machines got into their shops. During a trip to the Mintom Sub-division in the Dja and Lobo Division in the South Region, CT reporters met a throng of youth inserting FCFA 100 coins into one of such machines.

When asked the name of the machine and the reasons for the different football teams written on the machine, none of them had an answer. Information on the machines is written in English language, in some cases with erroneous spelling such as football being spelt as “foorball”. The only thing most Mintom youths, just like those in other neighbourhoods in Yaounde could say about the gambling machine is where to insert FCFA 100, the start button and the “retreat” button in case the machine indicates you have won some coins which could be between one coin (FCFA 100) to 50 coins or FCFA 5,000.

CT gathered that the name of the machine is China coin operated table top gambling machines. On these machines, is written only old or new FCFA 100 coins are accepted with a warning: “not for persons under 18 years”.  It is a portable machine that carries the names of popular football teams in the world such as Chelsea, FC Bayern Munich, Liverpool, Manchester United, Arsenal, Juventus and Cameroon in some. Each team is found several times on the playing board, representing a particular number of coins. 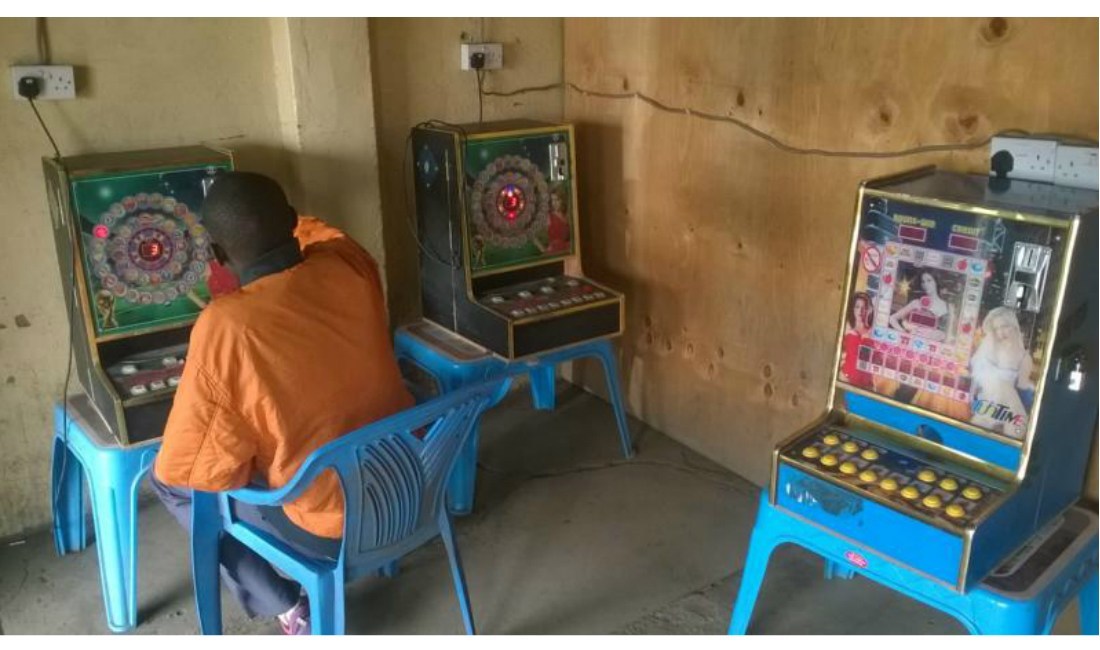 If an individual picks a team which is later selected by the machine as the winning team, the machine tells you the number of coins that team represents. If the selected team does not match with what the machine selects, the player loses. One of such machines is found in a roadside shop at the Mvog-Atangana Mballa neighbourhood in Yaounde. The owner of the shop refused to comment on how he got the machine. All he said was that the operator of the machine is not around. When asked the contacts of the operator, the shopkeeper said he does not have. After some days, the machine was no longer available at the spot.

At another neighbourhood in Yaounde, the bar attendant who refused to be identified said the machine belongs to “Chinese people”. When asked the contacts of the “Chinese people” he replied that they do not speak French or English and that one can only talk to them through an interpreter.

But he needed the consent of the interpreter before handing his contacts to CT reporters, a thing he has not been ready to do so far. However, a bar operator said the machines were brought into the country by some Chinese businessmen residing in the Elig-Essono neighbourhood in Yaounde.

The machine is computerised and programmed by the Chinese. The machine records the number of coins inserted and the number of players that won. Thus, each week a Chinese is seen collecting the machine to withdraw the numerous coins of FCFA 100 left within. These machines have become the best playground for many young people in the country. Some of them, in their school attire, are seen gambling for several hours. Recently in Yaounde around the Soa neighbourhood, the forces of law and order went on the offensive to rid the area of these machines.