However you feel about the hobby, gambling is big business in Kenya. Last year alone, the industry raised more than 204bn shillings in revenue, but at the same time faced allegations that the industry is growing out of control, and that not enough help is being given to citizens – and especially young citizens – who become addicted to it.

Now, thanks to a new ruling by Google, it appears likely that gambling is going to become an even bigger deal within the country.

We can say this with confidence because of the relaxation of Google’s regulations on how and where gambling can be advertised. In the past, the search engine giant has prohibited gambling advertising of any kind within the country. Now, they’ve changed their stance on the issue. Advertisers are now permitted to market gambling games not only in Kenya but also in Nigeria and several states of the USA within which the practice was previously prohibited.

With the path now clear for the advertisers to move in, Kenyans can expect to see adverts for a number of different forms of gambling when they’re carrying out searches or browsing websites that use Google’s advertising platform Adsense. There will likely be a mixture of adverts for sports betting, and adverts for mobile slots. Both forms of gambling have been met with criticism in the country in the not-too-distant past, although it’s perhaps sports betting as opposed to mobile slots that has come in for the most criticism. Mobile slots websites are only accessed by those who understand and enjoy them. Sports betting is open to anyone who feels like they know enough about a sport to back their opinion with their bank balance.

The move might be seen as curiously timed. Only a few short months ago, gambling industry professionals within the country were warning that there may be a sudden and sharp contraction of gambling revenue thanks to a new Government policy, which increased the level of tax payable on betting stakes. The announcement of the move saw one of the world’s largest betting companies, SportPesa, temporarily halt operations within Kenya in protest. If their operations do not resume, many Kenyan jobs will be at risk. Just as Google seems to be opening the door to the gambling industry, the Kenyan Government is in the process of trying to close it. In truth, though, there may be more to SportPesa’s decision to pull out of the market than a simple case of unfriendly regulation. 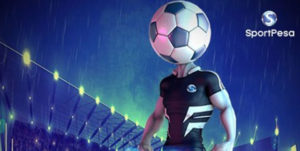 Aside from their regular advertising activity, SportPesa is also the shirt sponsor of the English Premier League football club Everton. That alone guarantees great visibility for the brand across Kenya; with the possible exception of Nigeria, there is no other country where the English Premier League is more popular other than England itself. It’s a fascination with English football that’s been credited with boosting sports betting within the company, and it’s also a fascination with English football that’s been blamed for some of the social issues that come along with an uncontrolled gambling industry. With that in mind, it might simply be the case that SportPesa doesn’t want to be attached with bad press, and so has made the decision to withdraw rather than be drawn into the debate.

There are a number of factors that make Kenya more attractive than the majority of African nations for gambling countries. By African standards, the Kenyan gambling industry has been, until very recently, a liberalized one. Rules and regulations have been favorable, and all of the economic conditions necessary for the gambling industry to thrive have been favorable too. The internet in the country has steadily been becoming faster, and the price of essential technology such as mobile phones and laptop computers has steadily been coming down. That means there are more people online to engage with gambling through the internet – and the internet is increasingly where gambling activity takes place in the 21st century. Nobody has to go to a casino or bookmakers anymore; everything they need to place a bet is right there in the palm of their hand.

Given that Google has, to use gambling parlance, ‘shown their hand,’ it might be the case that SportPesa decides to resume operations after all. After a series of threatened withdrawals over the summer, the company seemed to have taken a final decision at the end of September. It suspended its operations, closed its website, and halted sponsorship of Kenyan sports in what was seen to be an especially devastating blow. They cited the doubling of the excise duty applied to bets, as well as existing legislation which taxes gambling winnings at 20%. They felt at the time that the market had become hostile, but if the new advertising regulations allow them to expand their player base, they may feel like they’re now in a position to recoup the losses they would otherwise have experienced. 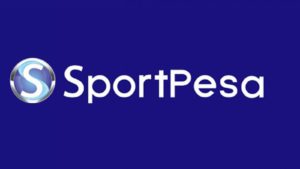 The decision to quit the country won’t have been an easy one to take for SportPesa. They are, at their heart, still a proud Kenyan company. Although the money that financed the company as a startup came from European investors, it has its headquarters in Nairobi, and has in the past spoken of its sponsorship ventures almost as if they felt it was a civic duty, and a way of giving back to the country.

Even if SportPesa does decide to remain on the sidelines, though, it’s likely that somebody else will now step in to fill the void. Having permission to advertise means new opportunities within the field of gambling will open up, and each company that’s still trading in the region will have ambitions to seize on those opportunities. Advertising through the internet has been proven time and again to be a successful method of reaching new customers, and so it’s likely that in the months to come, Kenyans and Nigerians who have never gambled before will find themselves doing so after being tempted in by an advert. Those bets have to be taken by somebody, and if it’s not SportPesa, it will be someone else. Regardless of how the Government feels about it, betting activity in Kenya is going to increase in the months to come. If we accept that the new levy on bets and wagers will stay in place, then it should earn a great deal of revenue in the process.