The Kenyan government has recently shown an interest in regulating cryptocurrencies. This is a significant development for the country, as it could potentially pave the way for wider adoption of digital currencies and bring more stability to the market. However, there are also a number of challenges that the government will need to overcome in order to effectively regulate this emerging asset class.

First, it is important to understand the current state of cryptocurrency in Kenya. While bitcoin and other digital currencies have been around for more than a decade, they have only recently gained traction in the country. According to a report by Chainalysis, a blockchain analysis company, Kenya is currently the 2nd largest market for cryptocurrency adoption in Africa. According to Triple-A, a Singapore-based research firm, 8.5% of Kenyans currently own cryptocurrency.

The growing popularity of cryptocurrencies in Kenya has not gone unnoticed by the government. In 2019, the Central Bank of Kenya (CBK) released a statement warning the public about the risks associated with investing in digital currencies. The CBK pointed out that cryptocurrencies are not legal tender and are not backed by any physical asset, making them highly volatile and prone to speculation. Despite these warnings, the CBK has also acknowledged the potential benefits of cryptocurrencies, including their ability to facilitate cross-border transactions and provide financial inclusion for underserved populations. 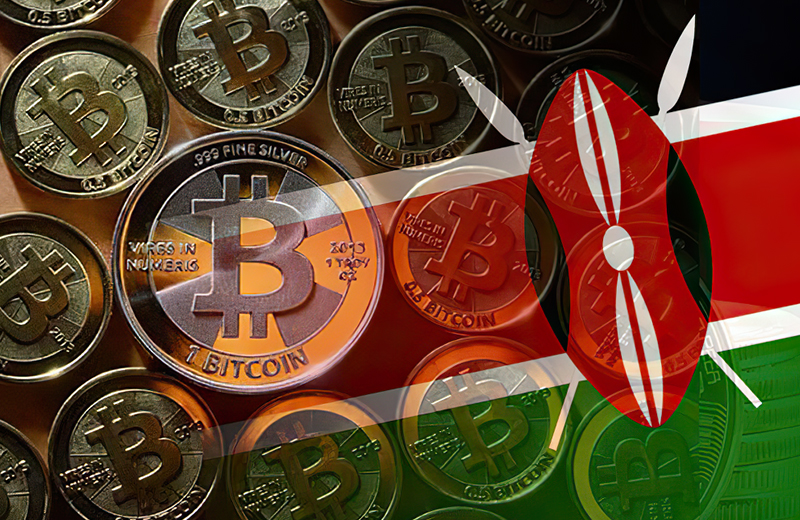 Given the increasing interest in cryptocurrencies in Kenya, the government has begun exploring ways to regulate the market. In 2020, the CBK established a task force to study the feasibility of issuing a central bank digital currency (CBDC). A CBDC is a digital version of a country’s fiat currency, which is issued and backed by the central bank..

In addition to considering the issuance of a CBDC, the Key Financial Sector Regulators (FSRB) are working on recommendations that will see the establishment of an oversight framework around crypto assets.

While the Kenyan government’s efforts to regulate cryptocurrencies are a positive step, there are a number of challenges that it will need to overcome in order to effectively control the market. One of the main challenges is the decentralized nature of cryptocurrencies. Because they are not controlled by any central authority, it can be difficult for the government to exert influence over the market. Additionally, the lack of physical assets backing cryptocurrencies makes it difficult to regulate them in the same way as traditional assets like stocks or real estate.

Another challenge is the lack of clarity around the legal status of cryptocurrencies in Kenya. Back in October on commenting about Crypto assets, Dr. Patrick Njoroge, the Governor of CBK said,

“Like all asset classes, one needs to regulate it in some way to make sure that this is something that not only makes sense but whoever is involved in it it doesn’t bring in the other evils and negatives that actually could very easily open the door to if left unchecked.”

This means that there is currently no clear legal framework for the use of digital currencies in the country. Until legislation is passed, it will be difficult for the government to effectively regulate the market and protect consumers from potential fraud or other illicit activities.

Despite these challenges, it is clear that the Kenyan government is committed to regulating the cryptocurrency market in order to protect consumers and promote financial stability. By passing legislation to regulate the market, the government can provide a more stable and secure environment for the use of digital currencies. This could ultimately lead to wider adoption of cryptocurrencies in Kenya and potentially even greater economic development for the country.