The Carnival City Casino has reopened its doors after it was engulfed by fire on Saturday, 5 February 2022. Videos which were circulating on social media showed some people running for their lives trying to get out of the entertainment world which has a casino and restaurants amongst other things.

In a statement, Carnival City said it reassures all guests that the fire that broke out on Saturday evening was fully extinguished and did not spread to the interior of the building.

“The fire, which occurred outside the main entrance at the port cochere, was contained to that area. Authorities have given the casino the all clear to reopen the casino, but guests are requested to use the Welcome Center entrance.

“Although videos being shared on social media convey a sense of a large fire, this was not the case. The exact cause of the fire still needs to be determined but Carnival City can confirm that it was not caused by a deliberate or malicious act.” 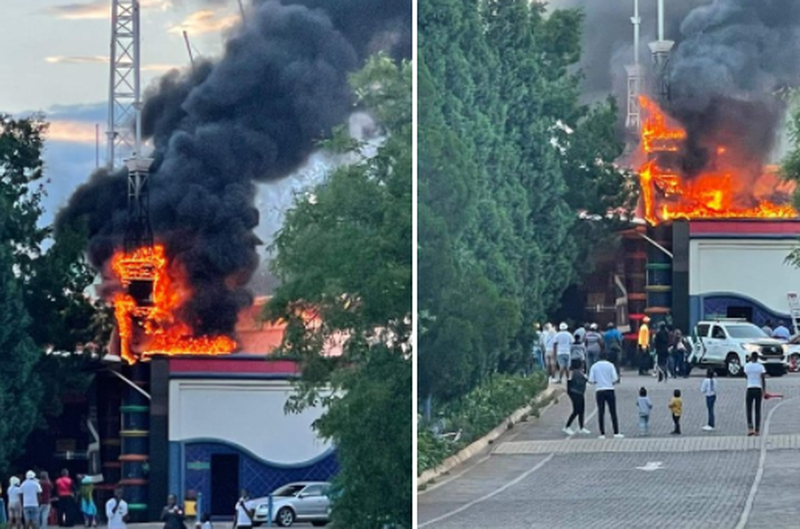 “On investigation, it was found that fiberglass material from outside the entrance atrium caught alight suspected to have been caused by electrical short circuit. Firefighters responded with a fleet of four fire engines and 24 personnel. No casualties recorded on scene. Further investigation to be conducted by fire safety officers together with Carnival City’s safety officials.”

Reacting to the news, South Africans took to social media to question if this incident was not related to the recent fires on National Key Points and other buildings.