The republic of Kenya is a country in East Africa. The country is named after Mount Kenya, a very significant landmark and the second among the highest mountain peaks of Africa.

Though, some of the cities in the country play host to some interesting casino games, great hospitality and beautiful surroundings regardless of your kind player if you are a high roller or a newbie, they also give regular shows, however, not to mention them all Casino Malindi which is not too far from Marlindi Airport, they is Florida Casino Mombasa and Golden key Casino which are both close to Moi International Airport respectively, Bollywood Casino, InterContinental Hotel Nairobi Casino and Safari Park Hotel respectively are not too far from Jomo Kenyatta International Airport.

Although, when it comes to the casino scene in Africa, Kenya is one of the top casino markets. Home to 45 million citizens, Kenya boast an advance economy and a lot of technical innovation and startups. One of the biggest economic boosters in the country is the service industry which contributes to about 60 percent of the total GDP. Gambling is one of the most profitable parts of the service industry. The casino industry part could experience decline in revenue in 2020 why? 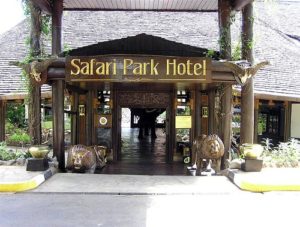 Tourism sector: As stated above 60 percent of the country revenue generation is from the service industry. In the year 2019, Kenya tourism sector sparked significant growth in the country’s Gross Domestic Product (GDP) due to an increase in the number of visitors to the country and the economy of the Eastern African country is largely dependent on tourism for foreign earnings than it is on its rainfed agriculture which is vulnerable to climate changes.

The country recorded 2.05 million tourist visitors according to a statement by its tourism Minister, Najib Balala. This culminated in a rise in its foreign earnings from the tourism sector by 3.9 percent last year to 163.56 billion Shillings ($1.61 billion) according to a report by Reuters. Though, the Kenya Casino gaming sector has been on the rise over the past several years, which recorded gambling generated revenue in tune of KES 2.3 billion in revenue and it is expected that by the time Kenya Revenue Authority (KRA) release its new report for 2019 it will over shy the previous record.

Therefore, according to local publication report, stated the rise in Kenya casino growth revenue could be link to the increased number of visitors in the country and while most of the foreign visitors are they biggest customers in Kenya. Indeed that could change in 2020, even with the recorded growth in 2019, the sector experience a slight downturn during same period in 2019, due to terror attacks by al-Shabaab in an hotel and office complex in Nairobi which killed 21 people including Americans as well as in the month of January 2020 the country has experience 3 terror attacks by the same al-Shabab. 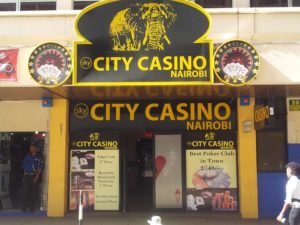 The recent attacks by al-Shabab forced the British government to make a statement contrary to the reoccurrence of attacks by this same group, warning its citizens to obviate from some places in Kenya, which the motives of this group has being specifically to targets foreign nationals. Therefore, if the trend persist, it would further create uncertainties for foreigners and the tourism sector, and it could affects the overall country’s economy, limits other investment opportunities as well affect the overall casino total gambling revenue come the end of 2020 as tourism sector is pivotal the growing casino gambling space in the country.