In the decades since iGaming, or online gambling, was first launched it’s seen a phenomenal rate of growth – in some countries around the world, at least. Leading the way has been the UK where the latest figures from the country’s Gambling Commission showed that it is now the single biggest sector of the gambling market generating over £4 billion a year in revenue.

Other countries where online gambling has also taken hold have been Canada and, to a lesser extent, the USA whose tight regulation only allows it in a few states. But the industry as a whole is looking to Africa as its next big growth market, perhaps with good reason. Of course, Africa is a large continent and within its 56 separate countries there are going to be huge variations to the governmental and cultural attitudes to gambling.

But, iGaming and online gambling has had huge benefits for countries which have embraced it, like the UK. With the proper regulations and approach the UK profits enormously from the industry and provides some of the best gambling sites in the world, which is something which could be replicated in Africa. There’s no reason why many African countries can’t enjoy the same high levels of technological sophistication and enjoyment that one would find when playing playing at this very unique and top of the line online casino in the UK.

The other big five of Africa

Africa poses a great deal of opportunity for gambling companies. There are five main countries that are particularly coming under the scrutiny of a number of the world’s biggest iGaming operators and these are Zimbabwe, South Africa, Nigeria, Kenya and Ghana. There are a number of reasons for this, the first one of which is that they have reasonably liberal gambling laws generally, especially when compared with some of the more hard-line regimes in power. They also all have relatively young populations who have proved to be the prime market for this new form of gambling and entertainment. Thirdly, they have strong and developing digital infrastructures capable of handling high volumes of online gambling activity with little danger of the sort of frustration that slow internet speeds and intermittent connection issue can cause. 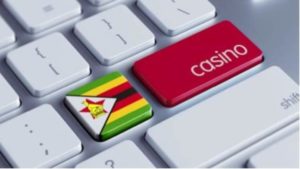 In the case of Zimbabwe, this was a country that for a long time frowned on gambling but more recently an increasing number of the population have begun to embrace it as an activity, particularly the younger generation. Like many African countries, however, Zimbabwe has never properly addressed the issue of online gambling and has no specific laws in place to cover it. This has led to an unregulated market in which operators are relatively free to offer their services to players without the risk of breaking any laws. Similarly, players can use these sites with impunity. While this is a good in some respects it does mean that the government are missing out an opportunity to collect the same tax revenue that it does from lotteries, horse racing and land-based casinos. 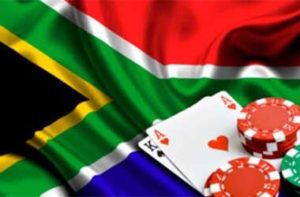 Bricks and mortar casinos are well established in Zimbabwe, with illegal online gambling on the rise.
Over the border in South Africa the so-called “bricks and mortar” casinos have been established for far longer than in Zimbabwe and, according to the highly respected business analyst PWC, the gross annual revenue generated from these businesses is projected to rise from the current level of nearly 32 billion rand this year to approaching 35 billion rand in 2021, 10% of which will find its way into the government’s coffers in the form of taxes and levies. The fact that online gambling is currently illegal in South Africa suggests that the country could well be missing out on a similar tax windfall. Unlike Zimbabwe, however, in South Africa there is a powerful lobby group of casino owners who would prefer to see online casinos remain against the law for fear of competition. This has to be balanced by the fact that a great deal of illegal online gambling still goes on in South Africa under the authorities’ noses, so accepting the situation and taking steps to regulate it would appear to be the wisest course of action. 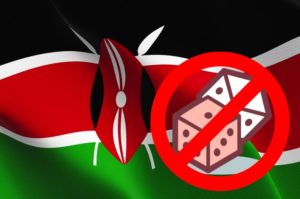 New regulations in Kenya could support and encourage online gambling in the country. In Kenya the country is already making moves to overhaul the laws that the government readily admits are out of date and not fit for purpose in the 21st century. After all, the last time any legislation was passed was in1966, many years before online casinos were even a faint glimmer in anyone’s eye. As another country with a young population, as well as a relatively strong economy, it’s only logical that part of these new regulations will tackle the issue of online gambling – although some industry experts do fear that this may well include setting licence fees so high that it could scare off some overseas operators who might otherwise be prepared to enter this emerging market. 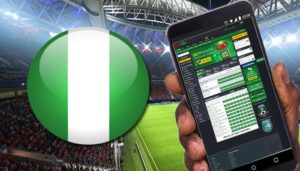 Nigeria has a distinct lack of gambling regulations, offering players limited protection. Turning to Nigeria, here is a country that has even had a home-grown online casino at one point but which is now defunct. So, with an estimated 60 million gambling fans amongst its 200 million strong population this country, too, is ripe for development. This is especially true because, of all the countries that we’ve examined so far, Nigeria has by far the biggest illegal betting network in which players have absolutely no protection and recourse to the law. Nor do the police have the time or resources to root out the perpetrators behind the illicit gambling scams.

But, as country specifically picked out by the PWC 2014 report as one to watch for the future, an updating of the law and a legalising of online casinos could do a great deal to resolve the issues. 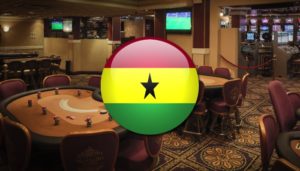 Nigeria’s near neighbour, Ghana, has already shown what the introduction of a firm ruling body can do for the gambling industry when it created the Gaming Commission of Ghana in 2006. This has a strong track record of supporting the industry while rooting out rogue operators. As Ghana prepares to embrace iGaming their role will undoubtedly become more important in helping it to grow. Finally, if we are to draw any one conclusion about what it’s going to take for Africa to become an important iGaming continent, it’s the need for firmer regulations. If the countries involved could collaborate on drawing this up so much the better. But even if this will be asking just a little too much, any regulation at all will be a big help.