South Africa is a sporting powerhouse in most codes in Southern Africa and indeed around the world. It competes regionally and internationally in almost all sports, with particular interest in cricket, football and rugby.

The country has hosted world cups for all three of the above mentioned sports, rugby in 1995, cricket in 2003 and football in 2010. Despite a number of years in isolation due to Apartheid sanctions, the nation is still strong sports wise and respected around the globe.

Here are four of the more popular sports in South Africa that you can bet on at Betway. 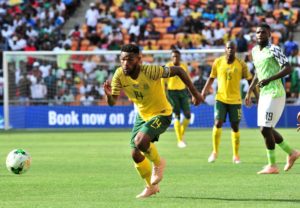 Football is the most popular sport in South Africa. Recent statistics show that South Africa has more than two million footballers.
Most of them aspire to play in the Premier Soccer League. South Africa has participated in three World Cup tournaments since 1994, with limited success.
It was one of the founders of the Confederation of African Football (CAF) and it has hosted two Africa Cup of Nations (AFCON) tournaments.
South African football fans can visit https://www.betway.co.za/Betway-App to wager on Bafana Bafana.

2. Cricket
South Africa, nicknamed the Proteas, is among the 12 countries that play test cricket.
The national team has introduced many innovations in training and coaching since it was readmitted into international cricket. South Africa is renowned for its fast bowlers, hard-hitting batsmen and agile fielders.
Despite much success in Test cricket, the team has been unable to win a world cup, either in the ODI format or T20. 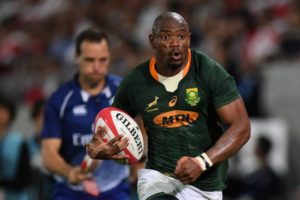 South Africa has more than 430 000 registered rugby players with the sport playing a crucial role in the post-apartheid period. Who can ever forget President Nelson Mandela wearing the Number 6 jersey at the World Cup final in 1995?
The Springboks have since gone on to win two World Cups, with Siya Kolisi leading the Boks to victory in Japan last year. The Boks also play in the Rugby Championship, featuring New Zealand, Australia and Argentina. Four of its franchise teams, The Sharks, Bulls, Stormers and Lions, play in the annual SuperRugby tournament. Only the Bulls have been able to win this one from an SA perspective, victories coming on three occasions between 2007 and 2010.