A Christmas billiard tournament which was played in Kampala on 22nd and 23rd of December on which E-play Africa was the sponsor of the tournament brought Ibrahim Sejjemba as the Champion among the 64 players who participated in the game. Ibrahim won the former national champion Bwanika mansoor at the Finals 7-5 in favor of Ibrahim in the best of 13 frames.

Billiard in Uganda is growing at a very high speed where it is now among the most engaged sports in the country by the youth, For the past years pool table sport was never taken serious as it is now where its now fully a recognized sport with a full association which is The Pool Association of Uganda ( PAU ).

Pool Association of Uganda (PAU) is a sports body mandated by the National Council of Sports to regulate and promote the sport of pool in Uganda. PAU affiliates to the All Africa Pool Association (AAPA) under the World Pool-Billiard Association (WPA) but also maintains close ties with several other similar sporting bodies in the world. 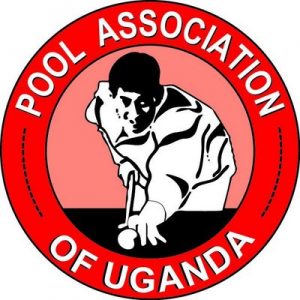 PAU has a fully functional office with an administrative structure, subscribed membership, periodic meetings and assemblies. Overall management is vested in the Executive Committee with specialized functions delegated to Working Committees that have a non-executive majority.

Unlike this year the Association hasn’t organized the PAU Christmas cup due to the unwanted reasons which include the outbreak of the Coronavirus around the world which even force the body to call off the pool senior league which was already taking place because all public gatherings where stopped in order to prevent the spread of Covid19 hence all sports were stopped.

Luckily, when the president of Uganda gave a greenlight to the sports community to reopen most of the pool player were off form and eagerly wanted to train so hard to regain their forms for all upcoming tournaments which include East and Southern Africa singles pool championship 2021 to be held in Zambia where many of Ugandan pool players are expect to show their best on the table.

The Christmas cup in which E-play Africa was the sponsor took place on 22nd and 23rd of December at Amigoz pool Arena in Kampala with a number of 64players who were fighting for a prize of ugx500000 for the winner, ugx250000 in the second place, ugx100000 in the third place and also appreciated the one in the fourth place with ugx50000. Among all the participants Sejjemba Ibrahim also known as Mayweather won to the Seed number one ranking in the pool Association of Uganda a one Bwanika Mansoor also know as Muto in best of 13 match with a victory of 7-5 in favor of Sejjemba.

NOTE: E-play Africa is aiming to promote Billiard in Uganda by sponsoring and organizing such tournaments around the pool Arenas in Uganda and would like to wish all players the best while in Zambia for the East and Southern Africa pool championship 2021.