The market of eSports is becoming more popular with punters across the globe, with every passing month. Yet in Africa it is still in its infancy stage of growth.

That’s because the common perception of the average African youths, eSports is simply a phenomenon occurring in the basement of unemployed twenties or below in age and a form of entertainment only and not making money from it, though the industry is real, growing globally and investable particularly in Asia, American and Europe. Africa has always been a continent that is famous for its vibrancy and passion when it comes to sport, yet the rise of eSports is minimal in the continent. In fact, over 380 million people watch eSports worldwide both online and in person. In 2016 world finals of popular eSports game League of Legends (43 million viewers), than NBA Finals Game 7 that year of (31 million viwers).

With its fragmented landscape and digital platform, the eSports sector holds promise for a multitude of monetization opportunities like the sport betting business in Africa. Though, Esports can be categorize in two different sectors first we have the Cash betting and Skin betting being virtual items that can be used for video games). Though, I will be given a short explanation on the term eSports the challenges and future of eSport in Africa. 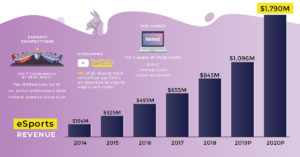 Esports, short for electronic sports, transforms online gaming into a spectator sport. The experience is similar to watching a professional televised sporting event, except, instead of watching a physical live event, spectators watch video gamers compete against each other in a virtual environment. If it’s hard to imagine why anyone would watch somebody else playing a vide game. For instance just think about how enjoyable it is to watch Cristiano Ronaldo or Sadio Mane in a football match. Just as traditional football fans in Africa enjoy watching they local heroes perform at the top of their craft, the same is true of those who watch top video gamers compete.

The industry includes not only traditional sport-related games like NBA2K and FIFA, but also and more notably games such as League of Legends, Counter-Strike, and Dota that is more popular in online sport betting platforms. For example such platforms that offer such games in Africa on their betting platforms are Surebet247, and 1XBET. Bettors can either stream themselves playing to earn money or join larger organizations to compete for large cash prize. Bettors can engage with their fans in variety of ways including social media, live-streaming, and in-person at tournaments. On the other side, fans can watch and follow their favorite teams tournament compete in regional or globally tournaments.

CHALLENGES OF ESPORTS IN AFRICA 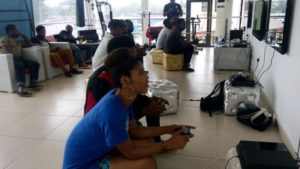 However, Esports is not relatively new in Africa, over the years game players in the continent is well around in Africa, though, Esports is quite common in household, and shops, kiosk, when gamers feel like having fun or entertainment in the region. Further, since the emergence of sports betting in the continent the young population in Africa now prefers to wager on sports betting event, ever since there is an opportunity of watching your local heroes in a televised football match as well as having the opportunity of making money in real-cash. Furthermore, in recent years, eSports has become a global big business in other parts of the world although, one of the most significant challenges will be legislation. Since it is an emerging industry, were it as become a business were gamers can make money from it, many jurisdictions lack clear rules to regulate the eSports gambling sector and the video game arena.

Another challenge is monetizing the user and viewer base in the eSports tournament in Africa will require investment and investors are still skeptical about the industry.

Broadcasting and Media is one of the challenges that industry will need as media right will be a key major growth driver as the worlds of media and gaming converge and relatively media has a major role to play in promoting this industry in Africa in terms of promotion and attracting other major stakeholders to invest in this industry. For instance in Europe the Laliga Santander is also one of the arena that host video gamers competition yearly which attract a lot of viewers to watch their favorite game players and team in a tournament competition and also have the opportunity of live streams on online platforms, Video-on-demand content of esports or on esports TV this attract a lot of sponsorship from major Brands i.e. from Intel and Samsung to coca cola in the Esports industry.

WHAT THE FUTURE HOLDS 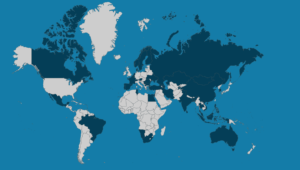 When I look at eSports and its global traction, I’m immediately reminded of the rise of social media. As users adopted social media, companies like facebook, Instagram, to Snapchat and Netflix each saw high traction. Africa’s favorable in demographics, with a relatively large number of young people living in urban areas. That means that if it can capture the imagination of its people, then Africa will be in a prime position to have a huge impact on eSports betting markets just like the growing sports betting industry. I believe eSports is possibly one of the best investment opportunities of the coming decade. From investment perspective, though eSports revolves around competitive gaming, it is ultimately digital media entertainment investment opportunity. However my next article on eSports is how investors can take advantage of this industry in Africa.