Are African Esports ready to explode, while there has always been an audience for esports and competitive Video games, several trends have come together in the last decade to push this industry over the edge, still the eSports gambling sector still remained the untapped industry in Africa.

Although, building the esports gambling sector could still take years to reach its desired growth but getting to the heights, we require in Africa, there are certain steps that we need to look into particularly all major stakeholders in the industry need to be on board to make this industry, be a force to be reckoned with. For instance over a decade, this electronic sports (eSports) has evolved from the underground culture into a mainstream gambling industry worth billions of dollars today in other parts of the world. 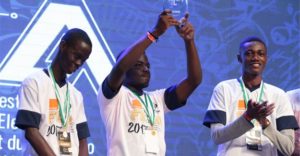 Though, eSports generally falls into two main categories we have the cash betting and skin betting, skin being virtual items that is used within video games, while cash betting is being used via bookies site though, skin betting has been the most popular of the two. Indeed in the normal sense the electronics sports (eSports) has is own shortcomings and we might still say it is quite common in households where it is mainly for fun and entertainment game without any form of real-cash involve while some section also tag it as “kiddies game” and recent controversies and legal challenges are one of the downturn of this sector in Africa unlike in the Asia, Europe and North America where there are so many players taking this sector as a career oriented industry. But building the eSports arena in Africa to attract potential investors the regulatory arm in Africa has an important role to play to properly regulate the sector a clear-cut define law to guide this industry as well as the promotion aspects which the media will play an important role as well.

However, we could say it dose make sense that the rise of sports betting in Africa could be traced to the love-affair of sports which have captured the imagination of the African people though we could also said the eSports sector is similar to the real-life entertainment which is more fun and entertaining knowing full well that you are the one in control of everything that happens in a video game and thats one of the most interesting features of eSport and that’s one of the reason while it could rival sports betting business in Africa.

Another interesting parts of this sector its attract audience, an investors can monetize that aspects of the business through sponsorship, Advertising, Tickets sales and Media rights, indeed, we could say the major aspects while eSports haven’t captured the attention of the majority of African people is the monetary aspects which doesn’t create the opportunity of making quick-bucks. However, with right approach and proper investment in this industry eSports will definitely rival sports betting business in Africa.