The Ethiopian National Lottery Administration is the country’s governing body for gambling and betting. As the betting industry has grown in recent years, some new measures have recently been implemented due to the prevalent of gambling and betting activities in the market.

As a result, of the unprecedented growth the lottery administration has to introduce new measure to regulate the sector. Though some well-known sports betting brands solidify their market position in Ethiopia. The market has also cut the attention of some investors and entrepreneurs who were interested in the thriving industry. While in the Bahir Dar City Administration all betting companies have been ordered to cease operations. It is the result of the tense security situation in the country’s northern regions, and it is part of a series of measures enacted by the Administration’s Security Council to address what regional officials call “security threats.”

Several betting companies have been forced to close 50 branches in the city, which serves as the seat of the Amhara regional government. Due to the gambling crackdown, the Council has also ordered the closure of billiard halls. The closure of betting companies comes on the heels of the National Lottery Administration’s approval of a new directive that imposes stricter requirements on the betting industry as a result of influx betting among youth. They must deposit 1.5 million Br in bank guarantees in order to continue operating, and they are no longer permitted to pay out more than one million Birr to winners. The directive also raises the fee for obtaining a permit to 500,000 Birr from 400 Br previously, while renewal will cost betting companies 100,000 Br per year. The legal gambling age has also been raised to 21 years old.

Officials at the Lottery Administration, which regulates the betting industry, are perplexed by the closures. They claim to have received no complaints from betting companies despite being made aware of the shutdown through their Bahir Dar office. “We have no idea why they’ve taken this step.” said Dessie Dejene, director of licensing and regulation at the Lottery Administration. He claims there are no grounds for the shutdown because the businesses operate legally and with official permits. 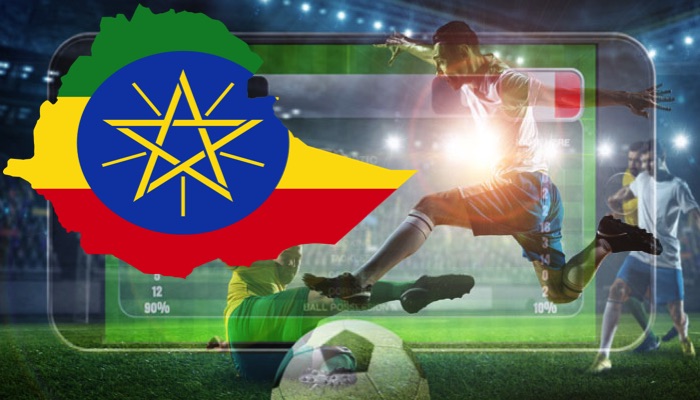 Though not against betting companies, they carried out similar crackdowns on businesses labeled as security risks in other towns in the Amhara Regional State. Dessie and Gonder town administrations closed khat and hookah establishments last month, claiming they corrupt the morals of the youth. Local authorities believe these establishments are hotspots for “false propaganda” about the ongoing civil war in northern Ethiopia. Dresse Sahilu (PhD), Mayor of Bahir Dar, believes the action against betting companies was necessary because gambling has become a source of concern for officials as “security threat” “Sometimes, the youth are seen fighting,” the Mayor told local media. He claimed that the activity was turning the youth into wastrels.

It is unclear when, if ever, the betting companies will resume operations. The city administration has also prohibited carrying weapons within city limits, conducted military training without the authorities’ permission, and imposed restrictions on activities in and around the city’s bars and trade centers. “We may not be able to keep the peace in the city unless we suspend such activities,” Dresse said. The Mayor stated that once the area has stabilized, they may reconsider these measures. The decision has perplexed the management of one of the country’s 42 betting companies. Based in Nairobi, it has seen two branches in Bahir Dar close down a week after being notified of the new directive’s requirements.

According to a company senior manager, they had no prior notice of the closures and have no idea why it happened in the first place. “There is no doubt about the impact this decision will have on the business in big cities like Bahir Dar,” said the manager. “There is no justification for including us on the list of illegal activities.”

The company intends to appeal to the authorities. Even if such decisions appear hasty and without legal basis, regional or city governments have the right to enact such measures in order to maintain law and order, according to Liku Worku, a legal expert and part-time lecturer at Addis Abeba University.

“Everyday activities can be halted if the administration deems it necessary in an emergency,” Liku said.

The ban on the betting industry, however, does not correspond with the claims of security threats, as clients can place bets online from the comfort of their own homes. “Watching football together poses a greater risk than sports betting,” he claims.

Surprisingly, some of the measures to close down some betting shops can be attributed to the conflict in certain parts of the country. This has made security in these areas vulnerable to attack, while the number of betting enthusiasts in the country is increasing, causing some provinces to be concerned about the number of young people gambling. As a result, the age limit was imposed to stem the tide of Ethiopians who saw sports betting as the next goldmine to break the poverty cycle.