As an official partner of the BLAST Premier’s CS:GO league, the agency will hold qualifiers for countries across Western Europe, including Poland, Germany, Great Britain, France, Italy, Austria, Switzerland and Liechtenstein.

The tournament is a result of BLAST’s expansion of the qualifying series for its Spring Showdown tournament, providing more teams with the opportunity to enter the competition.

Andrew Haworth, Commissioner for BLAST Premier spoke on the announcement in a release:

“We are delighted to team up with Fantasyexpo again. They have vast experience in creating amazing Counter-Strike events in cooperation with the most talented teams in Western Europe. Our goal in 2021 is to make BLAST Premier the most open and accessible tournament series on the scene and by working with leading regional partners such as Fantasyexpo, we are able to achieve this, through providing hundreds of teams around the world a chance to take part in the Spring Showdown.” 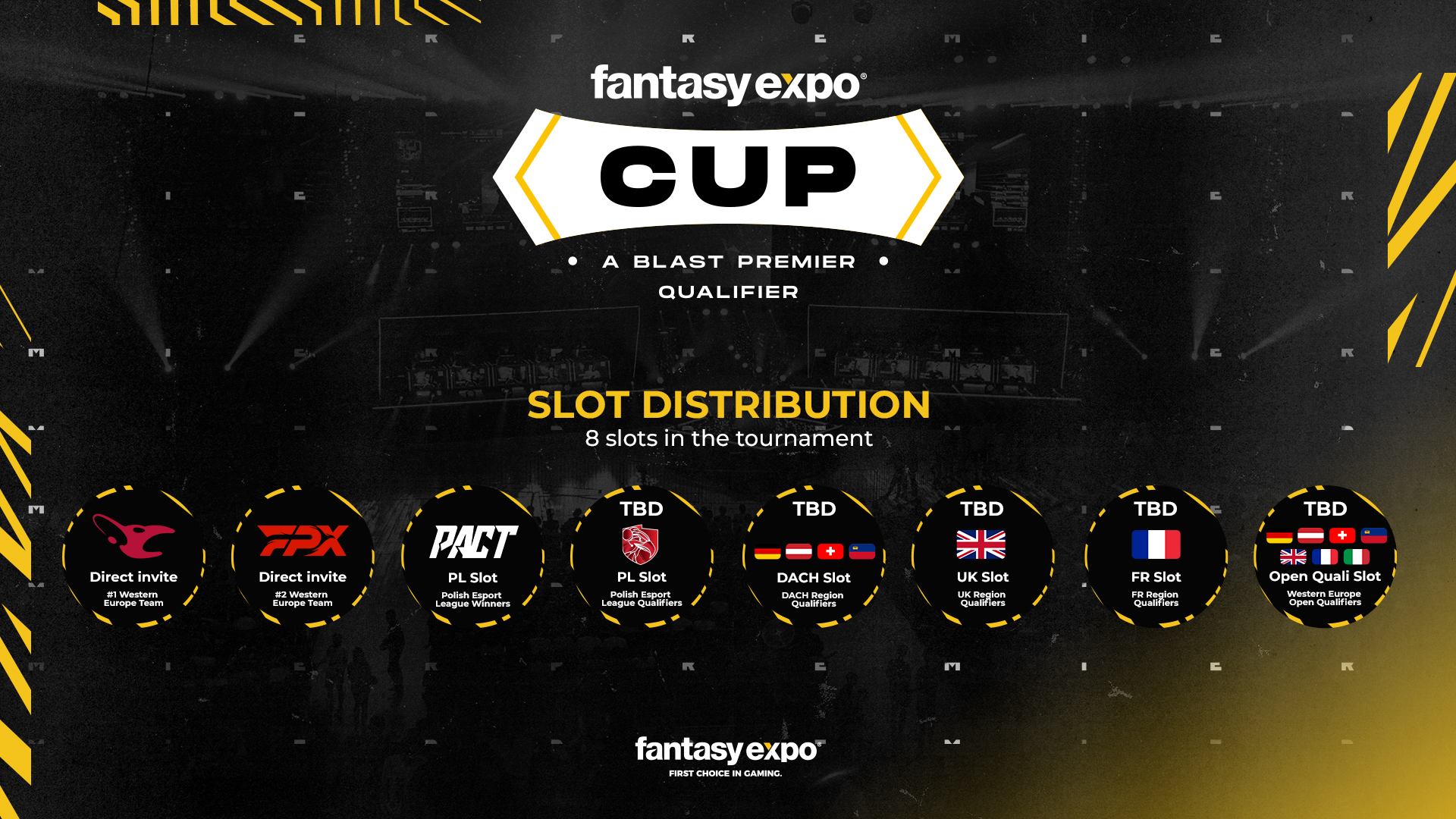 The Fantasyexpo Cup will feature a total of eight Western European teams battling for an advance to BLAST Premier Spring Showdown, as well as a $25,000 (~£17,900) ‘participation fee’ from BLAST Premier, which is meant to support the teams from outside of the title’s top-tier.

FunPlus Phoenix, mousesports, and MAD DOG’S PACT have already received an invitation for the Fantasyexpo Cup, meanwhile, the rest will have a chance to secure a spot in the tournament through open regional qualifiers, taking place from March 5th to 13th.

“We have known each other with our BLAST partners for 4 years now. I am happy that together we can have a positive impact on the European esports market. Thanks to our cooperation, local leagues from Poland, Germany, France, United Kingdom and Italy will have a chance to offer their teams an opportunity to play on the highest level. For Fantasyexpo it is also an incredible opportunity to gain even more experience with international events.”

Qualifiers for the Spring Showdown will be open to over 1500 teams across a total of 20 countries, with Fantasyexpo Cup being one of the five regional qualifiers organised by BLAST’s selected partners. This year, the BLAST plans to give away rewards worth $2,475,000 (~£1,771,000) across all seven BLAST Premier events.