When the Kenyan government ordered telecom firms to stop accepting payments from gambling companies whose licences had been suspended, it all but shut down online gambling in the country.

While thus far igaming payments in Africa have largely been funnelled through mobile providers, the Kenyan clampdown has accentuated a growing awareness that other options are needed, – says Joanne Christie.

Many in the igaming community have expressed shock that the government was able to take such draconian measures and some of Kenya’s biggest operators have taken legal action over the move. Legalities aside, the situation has shone a light on the extreme reliance of African gambling operators on mobile money as a payment system.

“In Africa they use mobile money for pretty much everything,” 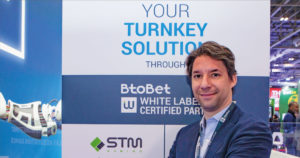 In many countries in Africa mobile operators act as de facto financial institutions. This is largely because while things are undoubtedly improving, a huge portion of Africa’s population remains unbanked – the World Bank’s Little Data Book on Financial Inclusion 2018 reported that just 32.8% of adults in sub-Saharan Africa have an account with a financial institution. In Europe, this figure is 65.1%.

In contrast, the World Bank data showed that 72.9% of Kenyans had a mobile money account, although admittedly the country does also have a higher level of financial inclusion than the rest of the region, with 55.7% of adults also having an account with a financial institution. The global average for mobile money accounts is just 4.4%; in Europe it’s lower still at 3.2%.

“The power of financial technology to expand access to, and use of, accounts is demonstrated most persuasively in sub-Saharan Africa, where 21% of adults now have a mobile money account – nearly twice the share in 2014 and easily the highest of any region in the world. While mobile money has been centred in east Africa, the 2017 update reveals that it has spread to west Africa and beyond,” notes the World Bank report.

Could exceptions become the rule?

There are, however, are a couple of exceptions to Africa’s reliance on mobile and they are significant from an industry perspective, both in terms of providing markets to target now and also indications of how payments might develop across the continent in future.

In Nigeria, for example, mobile operators have only recently been able to apply for licences to provide financial services and so in Africa’s largest economy, mobile money is almost non-existent. Instead, consumers mainly use credit and debit cards, mixed with local payment solutions such as Paystack and Interswitch.

There’s even the option to make a direct deposit from a player’s bank account to their chosen bookmaker, says Pizzolotto, a feature he describes as “innovative”.

He says there’s potential for this type of integration to spread to other African countries. 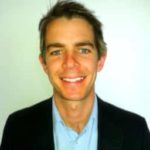 In South Africa, the other nation with significantly higher financial inclusion rates than is typical of the region, vouchers are gaining traction among certain punters, according to Scott Canny, CEO at South African operator BET.co.za.

“They have got distribution all over the country, guys in little shops in more rural areas, and then even in some of the bigger retailers, where you can go and take cash and buy a voucher and it works similarly to buying airtime. The guys at the lower end of the market are very used to that and feel very comfortable with that kind of voucher.”

Dhrupal Amin, managing director at G-Bets, which operates in South Africa, Lesotho and Mozambique, says the company is seeing the same trend. In South Africa it is in the midst of integrating the Blu voucher to add to the two other vouchers it redeems on the site, OTT and 1voucher.

“The voucher distribution network is vast. If you take an example like Flash [which runs 1voucher], it distributes to 28,000 locations and some of these are really hard to reach places. It is definitely territories where we have never had a presence – some are rural, some are in townships but a lot of them are in places where we have no brand presence.”

However, he adds there’s a downside to vouchers. “It’s very expensive. If I take traditional credit card processors in our market, the range is anywhere from 1.5% to 3%; on vouchers we are looking anywhere between 4.5% to 8%.

“At 8% it is a push to make money. But we make double digit-plus margins on the lotto customer and soccer multiple/ accumulator-type punter who use them, so we can somewhat absorb the cost”. They are not a live in-play bettor that is giving us sub-10% so the economics sort of work.” 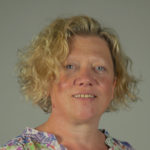 The increasing popularity of vouchers is not limited to South Africa – the quasi- cash nature of the product is driving uptake across Africa, says Andrea McGeachin, chief commercial officer at voucher provider Neosurf, which now has 45,000 distribution points across 33 countries in Africa. While conceding vouchers are indeed more expensive than options such as mobile money or credit cards, McGeachin says there are ways operators can make this work with their margins.

She adds that while players do expect to get the entire face value of the funds they put on a voucher, “the customer is willing to take a cut to get a payout. So there is an ecosystem there” (…)

How to Increase Your Chances of Winning at Online Slots