Gamblers will pay a fifth or 20 percent of the cash they have set aside in their wallets for betting in a proposed tax aimed at curbing the practice that has become a near national pastime. Treasury Cabinet Secretary Ukur Yatani has proposed to heavily tax punters by raising the excise duty on cash wagered on betting, gaming, prize competition and buying a lottery ticket from the current 7.5 percent.

If approved by MPs, betting firms will be required to withhold and forward Sh200 out of every Sh1,000 wagered regardless of whether the punter wins or loses. The higher tax is part of proposed changes to the Excise Duty Act through the Finance Bill 2022 that targets to raise Sh50.4 billion in new taxes to help fund Sh3.31 trillion budget for the year starting July 2022.

Mr Yatani says gambling and gaming have become “extremely addictive and can result in a variety of harmful repercussions, especially to the youth”. The 20 percent tax was introduced in 2019, but betting firms successfully lobbied legislators to remove it a year later through changes to the Finance Act 2020.

“The First Schedule to the Excise Duty Act, 2015 is amended … in Part II (on excisable services) by deleting the expression ‘seven-point five per cent’… and substituting therefor the expression ‘twenty per cent’,” – Mr Yatani wrote in the Finance Bill 2022.

This is the second year in a row that the Treasury is seeking to return the 20 percent duty on amount staked after MPs shot down a similar bid in the Finance Bill 2021, and reduced the duty to 7.5 percent. 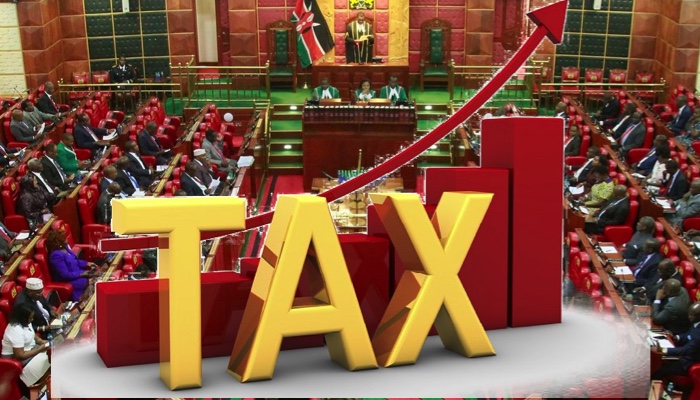 The proposed 20 percent tax will apply from July 1 if passed by the MPs before the House breaks on June 9 ahead of the August elections. Gamblers also pay a 20 percent tax on winnings that betting firms are required to withhold and remit to the taxman.

This means that if one wins Sh10,000, he or she will receive Sh8,000 as the KRA takes Sh2,000.
This is besides corporate income taxes levied on the gambling and gaming business. The betting industry has become one of the targets for ‘sin’ taxes which the government levies on goods and services considered harmful, costly to the society or morally suspect.

Sports betting is popular among the youth, with some funding their gaming addiction with a stream of loans from banks and digital lenders. There have been reports of punters committing suicide after losing money. Betting is popular among young people, who see it as offering a game-like thrill besides an opportunity to make quick money.

While a few punters get lucky and win large sums of money, the activity represents missed opportunities and losses for participants as a whole. The mounting taxes on punters and gambling firms have failed to derail betting. Disclosures by Safaricom, for instance, showed that the value of bets through M-Pesa jumped 69 percent to Sh83.2 billion in the six-month period ended last September compared to Sh49.2 billion in the prior year.

Betting firms licensed to operate in Kenya increased 31.5 percent last year, defying the government policy to reduce gambling. The firms increased to100 from 76 in 2020, says the Betting and Licensing Control Board (BCLB). Other goods subject to ‘sin’ taxes include alcohol, cigarettes as well as sugary drinks and food.

In the Finance Bill 2022, for example, Mr Yatani has proposed to raise the consumption tax on beer by Sh12.15 per litre to Sh134, wine by Sh20.80 to Sh229, while spirits like whisky, gin, rum and vodka will attract Sh47.60 additional tax to Sh335.30 per litre. A stick of cigarette with filter will be charged Sh0.38 more tax to Sh3.83 if legislators endorse the proposed changes to the law.