He lights cigarette after another, effortlessly puffing smoke that curls up above his head to form a light mist over the casino machine. He intermittently winks his eyes and twists his face as thought and leisure mix. The craving is uncontrollable, especially when under pressure.

Occasionally, he takes a sip from a glass of whisky without giving much attention to his drink. His mind has been swallowed by the game before him. His eyes gradually turn red. Is it because of the smoke, the whisky or tight concentration? Maybe he is feeling sleepy. But no. It is the make or break pressure.

It is 3am and this man has been in the casino for about eight hours. The machine rolls on.
There are a few gamblers in the room. Others are gathered on a table playing poker. But this man, apparently of Asian origin, favours playing slots — as we are to later learn from a waitress in the casino. 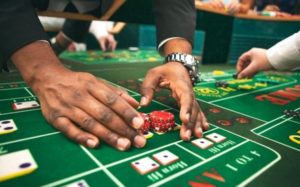 Most people do not seem to know this man’s real name. They just call him Lee and he nods to the moniker. He rarely talks to people, except when he comes in the company of his Asian friends, which is rare. He favours all-night spinning by himself. We are at a Harare casino to observe trends in this high-value gambling game. Casino has been one of the popular upmarket gambling games over the years. Many businessmen, footballers, senior civil servants, musicians and socialites are among casino gamblers. It is an addictive game.

Many have suffered serious losses while others have been perennial winners. It is a game of chances. However, just like in many games played in Africa, some people are suspected to be using juju to win. There are many myths associated with casino gambling.

Lee signals for another drink from the waitress. His choice is an expensive Johnnie Walker Platinum label. He is evidently moneyed, but seems so much absorbed in the money game that has been known to have more chances of losing than winning. Could Lee be blindly sinking his money in these casino machines when he is rumoured to be a witty businessman?

The waitress tells us that Lee is one of the regular gamblers here. We just came on a bad day, otherwise we could have bumped into some of the most famous faces of Harare in this casino. Lee’s behaviour is not unique. Many prominent people spend hours in casinos, yet most of them have recorded more losses than wins. It is a known casino rule that the house is always the winner.

“For most people the fun is in the playing, not the winning,” the waitress tells us. “Of course there are people that became rich overnight because of casino gambling, but generally it is about the anxiety, expectations and the unexpected that make it all fun.”

The waitress says the highest win she has witnessed in her two-year career is US$30 000 while the highest loss was US$54 000.

She described how people become uncontrollable and emotional when losing.

“You can sense from the mood that a person is losing fast.Most of them become rude and refuse to leave the casino when it is time to close. They want to keep on playing, hoping to recover their lost money and that is how they keep on losing more.”

For more than a year, Lee has been coming to this casino. The waitress says he has not won any substantial amount, but he keeps on betting. He has been seen in other casinos in the capital also. 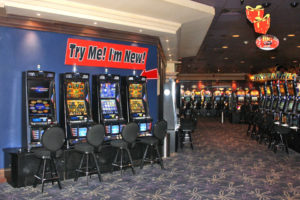 There are many Lees out there. They know all the casinos in the country and gambling has become part of their life. Unlike other gambling games, casino demands higher amounts, signalling higher wins and higher losses. It is not a game of weak pockets. As we leave this particular casino, Lee is still betting, smoking drinking and betting again. With assistance from one of the waitresses, we manage to get contacts from two of the men playing poker for later interviews about their experiences in casinos. But they refuse to give us their names. They can only volunteer information. We had to give them new names for the sake of the interviews. So, the following day we met Sam and Tau separately.

“I have been playing casino for the past three years and sometimes I get lucky to win. It is disheartening to lose, but I make sure that I do not lose much. That is where most people lose it. I have a budget each day I go to casino and if it is exhausted, I leave. In the first days I was careless and I lost US$5 000 that was meant for business on a certain night. I had to sell my car to recover the money and meet the business obligation. Since then, I am cautious.” – said Sam.

Sam also shared stories about friends that have won and lost (…)