Ethiopia is one of the world’s oldest countries, its territorial extent having varied over the millennia of its existence. In ancient times it remained centered on Aksum, an imperial capital located in the northern part of the modern state.

The present territory consolidated during the 19th and 20th centuries as Europeans powers encroached into Ethiopia historical domain. Ethiopia defeated colonial Italy in the battle of Adwa and again in 1935-36 when it was invaded and occupied by fascist Italy.

However, in 1961 by proclamation number 183 founded the National Lottery Administration. At first, the National Lottery Administration operated as a conventional lottery that serves as the sole operator offering lottery games in the country, but it reorganized in 1981. Since then, it has the power to the task, regulate and controlling all gambling-related activities. 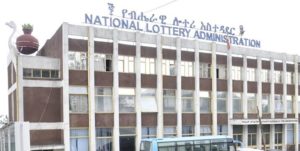 The National Lottery Administration has the authority to issue and withdraw permits, as well as collect the licensing fees. However, the gambling is legal in Ethiopia, at least in some forms, which include the land-based casino; lottery and sports betting through online gambling are unregulated in Ethiopia. Still, there are a host of online betting platforms in the country which are trying to shape the Ethiopian gaming industry perhaps the first online sport betting in Ethiopia is Dago sports in 2012 but later closed down. Still, the country has limited internet connectivity. Yet, they’ve been a move from the government recently when they said there are willing to privatize the telecom sector by selling the equity of 49 per cent stake.

In which the Finance Minister said the US institution had expressed interest to invest in the telecoms sector, he further said the Ethio telecom acquisition is to be completed in the next 4 to 6 months, while several companies as expressed interest in the telecoms auction in the country. He further projected the country’s economy would surpass the 6 per cent project by IMF to 9 per cent and 10 per cent in 2020. In a few years, we expect a window of opportunity in the Ethiopia online gaming sector. Finally gambling in Ethiopia as been allowed for quite some time now, and Ethiopia is one of the countries that are open for gambling business in Africa.