Gambling in Nigeria is a hotly debated subject, with many laws and regulations making it highly controversial. There are two federal acts in Nigeria that outline which forms of gambling are legal or illegal.

The Gaming Machines (Prohibition) Act of 1977 makes it illegal to use gaming machines. Whereas the Nigerian Criminal Code Act prevents the operation of ‘gaming houses’. Online gambling is also against the law in Nigeria, however it is poorly regulated, and many Nigerians use offshore providers as an alternative anyway. Contrastingly, other forms of gambling are legal in Nigeria, but do have specific requirements regarding operation. Betting houses must use a totalizer to register bets and distribute them evenly amongst winners, and they must be registered legally with the government. Similarly, land casinos must go through a long and complex process in order to be deemed legal and even then, they won’t be legally able to operate all types of slot machines or casino games. This is believed to be the reason why only three licensed land casinos exist within this vast African country. Believe it or not, illegal gambling in Nigeria is commonplace and popular with a lot of the population. But, these illegal operations have a high level of scams and underground operations which aren’t regulated. It’s not uncommon to hear that a gambler has been scammed out of their money by being refused their winnings.

This is a big problem for the community because gamblers who are treated unfairly cannot report it to anyone which leads to unrest. This is not helped by the fact that the Nigerian police claim that they struggle to deal with such cases due to a high workload and limited resources. But, on the occasions when someone is found to be gambling illegally, or operating a gambling establishment with no legal verification, the legal consequences can be severe. Operation or involvement in online gambling, pools or betting houses, or even acting as a middleman in lottery games all come with either a prison sentence, fine, or sometimes both.

For gaming machines, this can result in a prison sentence, with the Nigerian government having the right to confiscate the machinery. But, perhaps one of the most severe punishments are for the illicit illegal betting houses which are set up. If you’re caught running or facilitating a betting house, you can face up to two years in prison and/or a fine of up to one thousand Naira.

The UK’s attitude to gambling is one which could have a huge influence on Nigeria and hopefully change the situation for the better. In the UK, the gambling landscape looks radically different. This is because the Labour government revolutionised the industry with reforms made on a wide number of different forms of gambling like horse racing, casinos, bookmakers and online gambling. 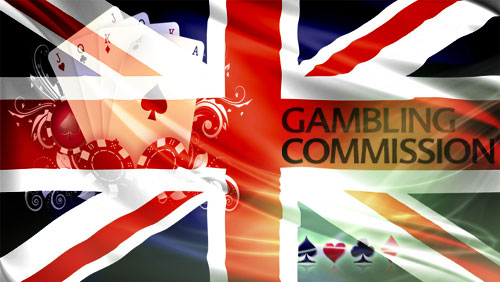 This resulted in the formation of the Gambling Commission. A government public body responsible for regulating gambling and supervising gaming laws in the UK. Although this new public body oversees all parts of the gambling industry, emphasis is placed on issuing operator licenses, or withdrawing them when vendors operate unfair practices or break rules. Benefits of the commission were plentiful. Operators were now crystal clear on what was deemed legal and the entire gambling industry grew. This lead to the growth of some world-class online casinos, such as 888 Casino which is considered as a very popular and esteemed online casino in the UK, as well as all over the world.

Unfortunately, the picture for Nigeria is almost the opposite. Many forms of gambling still go unregulated, including online gambling. Not to mention that some forms of gambling still remain illegal for no apparent reason. Nigerian citizens who enjoy gambling feel restricted, and despite the total gambling market in Nigeria being worth over sixty million dollars back in 2018, this isn’t even acknowledged as revenue by the government. The Nigerian government could hugely boost their economy if they reviewed and changed the current gambling laws.

There are many improvements the Nigerian Government could make to gambling laws to try to keep up with countries like UK. Firstly, existing laws should be made clearer on what is and isn’t lawful regarding different forms of gambling. Current legislation is confusing and can be attributed to the reason why there are so few land-based casinos in Nigeria. In 2019, revenue from these establishments exceeded $70 million and it seems ludicrous that the Nigerian government can’t see the potential here to expand on this and grow the economy.

For a start, the government could consider legalising and regulating some forms of gambling, particularly online gambling. After all, why encourage citizens to use offshore operators when they can bring it to their own country and boost revenue there? This could be achieved by reviewing the multiple acts which were introduced by previous generations, from as far back as 1973.

Could the country have a gambling revolution?

In Nigeria, the legislation surrounding which types of gambling are legal and illegal is a confusing affair, partly due to the fact it is governed by dated laws that go as far back as 1977. The major issue with gambling in Nigeria appears to be that despite some forms of gambling being illegal, Nigerian citizens will get involved with it regardless. Because of the lack of regulation, this can cause a myriad of problems such as criminality and social tension. This is quite the opposite in the UK, which, as a result of establishing the Gambling Commission in 2005, now enjoys a profitable and active gambling economy which is very well regulated.

Although there are no signs of the Nigerian government adopting a similar approach any time soon, it would be interesting to see whether such an approach would transform the current state of affairs for the better.

How to talk to your children about gambling?

How gambling is allowed in Zambia

The future of gambling in South Africa after Covid-19

Is Online Gambling the Way to Go?