GameArt, a developer of high-quality HTML5 slot games, has just launched its latest release—Maradona HyperWays™, the company’s second HyperWays™ title following Mega Bunny. Co-produced with AppLoveSoft™, Maradona HyperWays™ is a celebration of the career and achievements of the late Diego Maradona, one of the greatest footballers of all time. 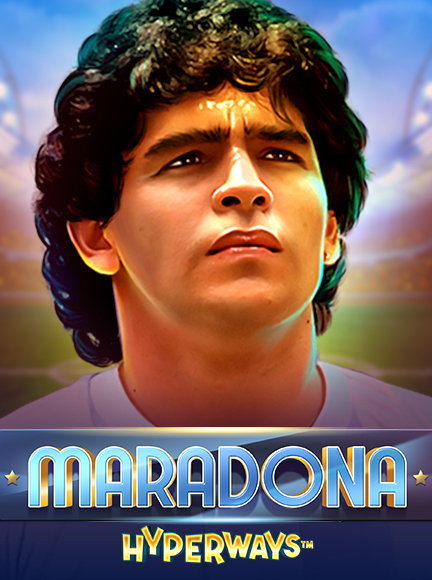 Football fans will have an opportunity to join the Golden Boy on the pitch as the game unfolds in a crowded stadium full of cheers and whistles. This feature-filled 5×4 reel, high-volatility slot offers players the chance to win up to 15,000x their bet, and up to 60,466,176 ways to win via the HyperWays™ mechanic.

As in all HyperWays™ slots by GameArt, each spin awards a different-ways-to-win combination depending on the total symbol multipliers (up to x9) that land on each symbol. Wins are attained by landing identical symbols on three or more consecutive reels, counted from left to right, and landing multiple symbols on that reel multiplies that win. Simultaneous wins on different win-ways are summed up.

Unique features in this slot include a Scoreboard with random symbol multipliers and a Maradona Free Kick respin that sees the footballer kicking the ball against the game reels.

“Our latest release combining HyperWays™ and Maradona is expected to be the biggest release of 2021. Maradona was the greatest footballer of his time, so combining this with a great number of ways to win had to be done. With AppLoveSoft’s approval, we managed to make this a reality and we’re confident that all casino and sports fans will approve of the game.”

GameArt will be announcing more exciting titles in the coming months.

GameArt is an independent online casino software provider and developer, providing innovative games and cutting-edge solutions dedicated to online and land-based gaming operators. GameArt’s core business is the development of high-quality slot games and gaming content for both online operators as well as VLTs (video lottery terminals) and the land-based casino industry in regulated markets.