Take Zuga, an ambitious young man who grew up in the interiors of East Africa with an adventurous mind and a love for gaming. His closest encounter with mobile games would be listening attentively to country folk discuss medieval adventures and combat series while highlighting their best characters.

Intriguing as that sounded, none of the gamers’ foreign-animated heroes came close to Zuga’s beloved Kwanso and Aburi, some local characters he’d invented on his hand-made African-themed gaming board.

Kwanso could stretch river beds across different countries (an adaptation he culled from studying the lengths of the river Nile) and Aburi could re-invent itself in 550 forms, each bearing a native African language, from Swahili to Xhosa and Yoruba. For years, his longing to see these indigenous characters and culture on the “big screen” — what he called the television — didn’t materialise.

But today, the story’s changing. Zuga is right to believe that the fastest way African culture can be exported is by embedding them into games and animated series. From all indications, the time is right, and the market is ripe for disruption.

A 2021 GSMA mobile economy report indicates that 303 million people, almost 28% of the population in sub-Saharan Africa have a mobile internet connection and by 2025, there will be nearly 100 million additional mobile subscribers in Sub-Saharan Africa, where Nigeria and Ethiopia will account for almost a third of these.

The report also reveals that Sub-Saharan Africa has doubled its number of gamers to 186 million people in the last five years. “… This development is a result of African gamers playing on tablets or preferably smartphones rather than consoles. South Africa has the highest number of gamers at 24 million people, indicating a 40% of its population, followed by Ghana (27%), Nigeria (23%), Kenya (22%) and Ethiopia (13%)…”

These facts prove that the African gaming industry is rapidly expanding and ready to take on the global gaming economy. Home-grown gaming companies like kukulu are playing key roles in making this happen. Based in Addis Ababa, Ethiopia, the venture-backed startup was founded by Dawit Abraham to develop mobile games that represent Africa’s beautiful culture in the global gaming and entertainment industry, where it is currently highly under-represented.

Kukulu and Gebeta, two award-winning mobile games, are some of Qene Games’ brainchildren. They both have their concepts derived from an African storyline. For instance, Kukulu is the name of a chicken in Ethiopia which, according to the creators, originated from a traditional sport in Ethiopia called Akukulu Alnegam.

“This is one of the many mobile games based on an African storyline, and it presents opportunities for more creativity by mobile game developers. Ethiopia alone has more than one cultural heritage, you can imagine what Nigeria, South Africa, Morocco, and the whole of Africa would present in contributing to its mobile gaming industry” 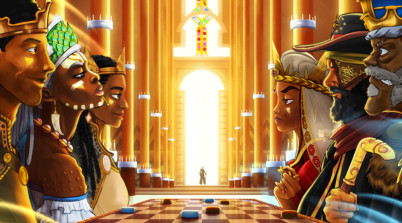 Earlier in 2022, as one of the viable reasons to drive the gamification of African culture, 10 African gaming development studios converged under one umbrella, the Pan Africa Gaming Group (PAGG) to unite the continent’s gaming industry and help to grow the talent of young African developers.

Qene Games as a member of PAGG aims to unlock the potential within the continent’s gaming industry through its enriching pan-African cultural heritage embedded in mobile games development and creating opportunities for more university graduates who are pursuing careers in mobile game development.

In an interview with Forbes Africa, Dawit said,

“Ethiopia, as a country with more than 3,000 years of history and culture, has a large pool for creative inspiration. From the artistic and unique music styles that have been around for millennia, to many fascinating legends and folklore, our game developers have an endless source to feed their creativity and imagination.”

The founder believes that Africa is a hub of inspiration to seek ideas for authentic and local-themed mobile games, which will in turn attract stakeholders globally into the African market.

“I also suspect there would be fierce competition among telcos (telecommunication operators) who have been trying to get into the gaming business to try to fill the gap in distribution and sales,” – he added.

While the gaming industry in Africa is fast-growing, challenges such as distribution and monetization persist, but Dawit says:

“These challenges wouldn’t stop Africa’s gaming industry from reaching its potential because like it or not, the time is ripe and Africa is game.”