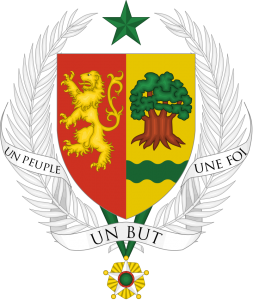 Senegal, country in western Africa. Located at the westernmost point of the continent and served by multiple air and maritime travel routes, Senegal is known as the “Gateway to Africa.” The country lies at an ecological boundary where semiarid grassland, oceanfront, and tropical rainforest converge; this diverse environment has endowed Senegal with a wide variety of plant and animal life. It is from this rich natural heritage that the country’s national symbols were chosen: the baobab tree and the lion.

BRIEFLY ABOUT THE ECONOMY OF SENEGAL

The Senegalese economy has traditionally revolved around a single cash crop, the peanut. The government, however, has worked to diversify both cash crops and subsistence agriculture by expanding into commodities such as cotton, garden produce, and sugarcane as well as by promoting nonagricultural sectors. The government was successful in making fishing, phosphates, and tourism major sources of foreign exchange at the beginning of the 21st century, although the condition of the transportation and power infrastructure placed limits on the amount of expansion possible. Exploitation of mineral resources such as gold, petroleum, and natural gas also diversified the economy.

Senegal’s currency is the CFA franc, which has been officially pegged to the euro since 2002. Currency is issued by the Central Bank of West African States, an agency of the West African Economic and Monetary Union, consisting of eight countries (Benin, Burkina Faso, Côte d’Ivoire, Guinea-Bissau, Mali, Niger, Senegal, and Togo) that were once French colonies in Africa. Other state and private banks exist, including Islamic ones. A stock exchange based in Abidjan, Côte d’Ivoire, also services Senegal.

Casinos in Senegal and some other forms of gambling are legal, licensed and regulated by the authorities, despite it being a country with a predominantly Muslim population. The state lottery company, LONASE conducts the national lottery games and operates legal betting shops, where players can wager on horse races. Casinos in Senegal are also legal and licensed by the state. LONASE is the only legal gambling provider in the country, apart from the casinos. However, an unofficial source suggests, that local residents are not allowed to play ‘traditional’ casino games in these venues.

The Senegalese National Lottery was established on December 30, 1966 as a private company. However, it was later nationalised, according to law 87-43 of 28 December 1987. This legislation granted the company monopoly over all forms of lotteries and other games of chance.

Land based casinos are legal and regulated in Senegal. Currently, five casinos in Senegal appear to be in operation. Local players are possibly restricted from playing traditional casino games, like roulette.

There are currently no legal online casinos operating in Senegal – the only legal gambling provider in the country (apart from the casinos), LONASE does no yet offer any of its games online. However, there appear to be no laws in place, that would impose penalties on players who frequent foreign online casinos from Senegal.

Currently, there don’t appear to be any legal sports betting options available for Senegalese players, apart from the horse betting and virtual horse betting games offered by LONASE’s land based betting shops and on the country’s horse tracks.

LONASE does not yet offer any of its games online. But the deal they made with SEJEUX last year could mean an establishment of online betting in Senegal, in the near future.

However, Senegalese payers who place bets with foreign online platforms do not face prosecution in the country, and Senegalese authorities also don’t appear to block any such sites (there’s in fact no reported internet censoring system in place in Senegal at all)

The national lottery is conducted by the only legal gambling provider in Senegal (apart from casinos), LONASE. The company’s lottery products include two types of scratch cards and scratch-card based tickets for their televised lottery game, TeleMillions. They sell them in several land based lottery shops around the country, but they do not yet offer any of their products on an online platform.

NOTE: The only legal gambling provider in Senegal is the state lottery company, LONASE and the five licensed Senegalese casinos. However, players, who place bets on foreign sites are not prosecuted in Senegal, and most of the major international online gambling platforms accept players from the country.