Rwanda is a small, land-locked country in central Africa. It borders Uganda to the north, the Democratic Republic of the Congo to the west, Burundi to the south and Tanzania to the east.

With a land mass 26,000 square kilometers and a population of over 11 million residents it is one of the smallest states in the African continent. Rwanda used to be a colony of Belgium before it gained its independence in 1962. 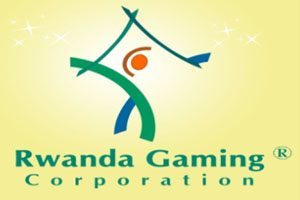 Though, gambling is legal in the country. Rwanda wasn’t active in gaming until 2008 when casino Kigali opened its doors to become the first casino in Rwanda. Thus, it was not properly regulated in 2008. In 2011 the government of Rwanda enacted a legislation that introduce legal, licensed and regulated gambling in the country in Law No.58/2011 of 31/12/2011 which is under the Regulatory Law, the regulators laid down a legal framework for licensing, overseeing and controlling all gambling operations in the country. In 2013 Rwanda opened a gaming board known as Rwanda Gaming Corporation for regulation of gaming in the country.

The board aims is to set up a healthy streams of gambling tax revenues for the state through its legislative efforts with a special gaming tax of 13% for gaming operators of all their earnings from gaming and promotions, in addition of withholding tax of 15% as well. Furthermore, players can have a feel of different gambling activities in the country though, the legalized gambling in the country including, online casino games which are available for bettors, thus there are three licensed casino in Rwanda, online bingo is thoroughly defined in Law No.58 of 2011 and land based bingo halls are eligible for a license under Rwanda law, as well as online poker thus, Kigali casino offer some few poker tables bettors can play Texas Hold’em as well as a kind of study poker, whilst online sport betting is also legal. However, bettors in many African developing countries, passive gambling as a form of legit source for extra income rather than a game of chance game, Rwanda players is no different.

Further, Sport betting business thrives in this environment. For instance some of the sport betting that operate in the country i.e. LuckyBet, Premier Bet and AfricaBet operate land based betting shop throughout the country, the latter also offers its services online, through its online betting platform as well as mobile Apps. Lottery is also legal in the country under the Law No.58 of 2011 thus it is run monopoly by Rwanda National Lottery. 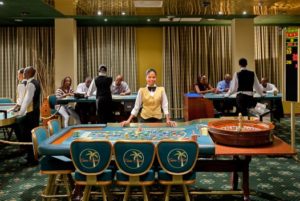 However, the gambling revenue generated in the country over the years is a testament of the growing gambling industry in the country. Therefore, tax reform introduce by the government as contributed an high investment opportunities, higher turnover and increase incentive to the government coffers through efficient tax collection. Furthermore, the multiplier effect of revenue generated in the gaming industry has created additional source of revenue to the country. Another advantage of legalize gambling is that money remains in the country, compare to few years back when gambling was not legalize bettors in the country try out offshore casinos game as well as online sport betting.

Though, the government of Rwanda has spend up to $10.5 million (35+ Million projected) has been invested by the government to bring innovative, affordable, high frequency, technology, and telecom industries and world class solutions. Therefore, from 2008 to 2012, the gambling industry recoded a cumulative gross sale of Rwf 37 billion ($61 Million), whilst payout recorded Rwf 30.3 billion ($50.5 million). While, the country Gross Gaming revenue of Rwf 6.3 billion ($10.5 million) collected by operators according to the report from Rwanda Gaming Corporation.

Rwanda has been able to make important economic and structural reforms and sustain its economic growth rates over the last decade, though part of reforms as seen the country jump to 2nd in Africa 38 in the world for Ease of Doing Business in 2020 behind only Mauritius, that is ranked first in Africa and 13th in the world. 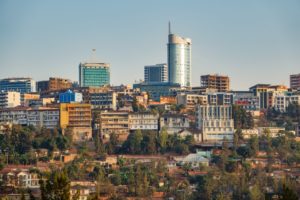 Though, gaming industry has contributed massively to the country economy, by creating over 350 new jobs and has generate approximately Rwf 820 million of corporate Taxes Payee and in 2016, the Ministry of Trade and Industry indicated that betting had contributed more than Rwf1 billion ($1.2 million) to the economy. Indeed, the Ministry of Trade and Commerce is currently working on updating regulation for gambling and sports betting in the country as reports of under age gambling is being reported in remote areas in the country, thus one of the online sport betting platforms that as taking a giant step to curb gambling addiction is Gorilla games-which has just introduce an in-built algorithm that flags people who exhibit addiction patterns after which lock the person out of system. However, part of the government initiative is to scale up its public investment in 2019-22 on the supply side, whilst, it is forecast in the range of 7.5 to 8 percent annually over the term, and it is expected to remain solid over the medium term. According to statistics report of World Bank.

However, the country has also made a giant stride to promote tourism in the country part of the programs that was put in place. In 2018 the country signed a sponsorship deal with English premier league team known Arsenal Football club to promote ‘Visit Rwanda’ on their football jersey sleeve in a deal worth $44.3 million, for a period 3 years, in return the country made $88.3 million in Tourism directly from the deal in 2018 alone. To further the growth of tourism they recently, signed another sponsorship deal with one of the biggest club in French football league known as Paris Saint German (PSG) to promote the country tourism in a 3 year deal.

However, gaming industry in Rwanda is expected to experience rapid growth, recently the government lunched the first Africa home made smartphone in the outskirt of Kigali part of the vision is to let prevalent of affordable smartphone to Rwanda residents as well as the country internet penetration and users stood at 52.8% in 2019. However, the growing gambling in industry in developing African countries is expected to boom further in years to come and the inevitable 5G network in the region, and Rwanda as a country is not left behind, as it is one of the fastest growing economy and innovative country in Africa.

Rwanda Delay Decision on CBDC Issuance until End of 2022

Rwanda to reopen all land borders on March 7

The Rwandan Gambling Industry in numbers compared to other countries

How different are the gambling rules and regulations in Rwanda?

Rwanda Working on new Policy to Regulate the Gambling Industry