Which is as well rich in history, of Africa Trans-Atlantic slave trade, during the colonial era, it is now the destination for tourist attraction.

Why should you consider Ghana?

Ghana is heralded as the next big tourist destination for its recent initiative of promoting the tourism sector in the country. 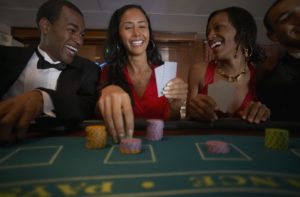 The year 2019 was basking in glory and ecstasy one for the Ghanaian government after a successful marketing and branding campaign for the year of return an initiative of the country president marking a significant timeline in the sordid history of black slavery. The initiative sees the numbers of tourist visitors of one million which account for the average spending of 2000 dollars according to the country minister of finance computations compare to the 2018 figure which account for 1800 dollars spending by tourist visitors. The government recently unveiled a 15-year long-term tourism plan that seeks to increase the annual number of tourists to Ghana from one million to eight million per year by 2027. Though, the projected to boost areas of the country economic sector as well as the gaming industry. While part of the plan will further increase Ghana’s travel industry is projected to raise $8.3 billion a year by 2027, plus associated benefits, According to the country report based on the plan.

Just three decades ago, Ghana was in crisis, impoverished and suffering famine, and it was on the verge of economic collapse. Fast-forward to the present day, the West African nation has staged a remarkable comeback and predicted to be the world’s fastest-growing economy in 2019 according to IMF. The country long known as one of the world’s largest cocoa producers, Ghana’s Growth has now been buoyed by a different commodity: oil, gold mining. Particularly expanding crude production and rising prices have placed Ghana’s economy at the top of the GDP growth.

The International Monetary fund estimates the country GDP will rise 8.8percent this year-double the pace of emerging economies as a whole, and well ahead of world growth. While Ghana prosperity closely tied to the oil markets, it remains one of the largest exporters of gold in the world, and cocoa is also a significant product in the country export. Indeed despite the blossoming economy, Ghana GDP per capita is roughly half that of emerging and developing economies according to IMF. Unemployment is also marginally above the rate for sub-Saharan Africa.

State of Gambling in Ghana 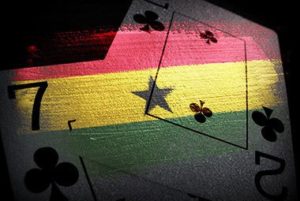 All forms of gambling are legal in the country from the casino, poker, sports betting, among others, is permitted. However, across the vast expanse of Africa, its 54 states, there is a considerable variation in attitudes to gambling. One of the most liberal in Ghana, probably second to only Nigeria when one considers West Africa policies in general. Although it is hard to pin down precise figures, its perhaps fair to assume that, along with most African countries with legalized gambling, around 45% of the adult population take part in some form of gambling. Further, Ghana is also a country with an estimated young population among its almost 31 million residents, with an average age group of 19-34, who tend to involve in some form of gambling. Given the comparative progressive nature of Ghana, it means that it could be heading for an even more liberal approach to gambling in the foreseeable future.