Compared with many other countries in Africa, Ghana is relatively liberal in many respects. For example, press and media freedom in Ghana is greater than in many of its neighbouring countries, and general social attitudes are relaxed.

The same can be said of the country’s attitude to gambling in all forms. In many places in Africa it’s heavily restricted, or even banned outright. However, in Ghana it’s 100% legal – one of the few restrictions are that players need to be over 18 years of age.

Despite this, the industry remains reasonably under-developed in comparison to other nations – particularly those with a modern framework designed to take advantage of the industry growth many are predicting.

How does Ghana gamble? 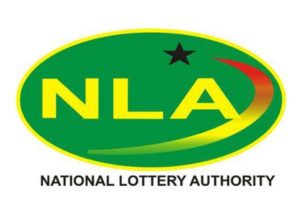 Up until 2006 the principle legislation that governed gambling activity in Ghana was the 1960 Lotteries and Betting Act. This was replaced by the gaming act, which saw the establishment of the Ghanaian Gaming Commission – the body that oversees most of the gambling activity in the country except for the lottery which is controlled by the National Lottery Authority.

In Ghana, these are generally the most popular forms of gambling:

• Lotteries. The Ghanaian National Lottery contributes valuable funds for good causes in the country through its weekly draw.

• Sports Betting. Betting on football is a national passion and there are a number of sports betting companies that give fans plenty of opportunities to put money on their favourite teams. But it’s not the only game that Ghanaians like to bet on – others range from tennis to ice hockey.

• Land-Based Casinos. The land-based casino world is under-served at the moment, with just four establishments operating in the whole country. There are two in the capital, Accra, with others in Tema and Kumasi.

Official government figures show that over the last five years, there have been steady increases in the gross gambling yield across Africa. Sports betting have seen an increase of 19.3% and casino gambling by 10.5%. Because online casinos are notoriously reluctant to release precise figures, and due to the sheer number of them, it’s all but impossible to quantify the money that they are making.

For the statistics that do exist, it’s clear that gambling is broadly becoming more popular. But is Ghana making the most of it? 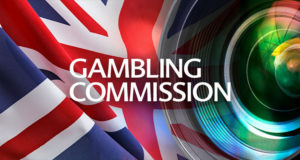 The popularity of gambling in Ghana – and the currently legal framework – means the country is well-placed to take advantage of the global boom in online gambling. If Ghana’s government has success in mind for its online gambling industry, it could look to the UK for inspiration.

Over there, online gambling alone is worth £5 billion a year (GH¢ 33 billion). It forms part of the single largest sector of the gambling economy. As it’s such a great potential market, operators have concentrated many of their efforts on the UK creating outstanding online casino games designed to appeal to as wide a number of people as possible.

The range of games available is huge, including all the traditional casino games of roulette, blackjack, craps and poker – plus literally thousands of different types of slot games, themed around a variety of niches. With so many online casinos vying for market share, they’re doing all they can to stand out from the crowd and provide the most engaging experience for players.

Predicted to be worth around $84 billion worldwide, online gambling is being billed as the future of the industry. In fact, by some measures it’s the present – being the place where most players are flocking to play their favourite games. And it’s perhaps no surprise, with one particular operator providing a stunning retro Vegas theme, taking in the nostalgic sights and sounds of the 1950s era around its range of online casino games, which provide a good example of why online gaming is so popular.

The advantages of gambling to the UK economy in general are huge as the gambling companies have to pay 15% tax on their earnings which raises around £2.5 billion year (GH¢ 16.5 billion). While the UK has a population approximately twice the size of Ghana’s 28 million, if gambling took off as it has in that country then the financial benefits would soon be seen – particularly if the government reinvested that revenue into vital public services such as hospitals, schools and transport.

Crucial to the UK’s success in building up its online casino industry has been the easy access that most people have to high speed internet connections. This allows the most complex games to be played with ease round the clock, 365 days a year. So if Ghana is serious about promoting online gambling some progress will need to be made. It’s estimated that at the current time around 10 million Ghanaians use the internet, around a third of the total population. The good news is that this figure is rising steadily at a rate of around 20% a year. 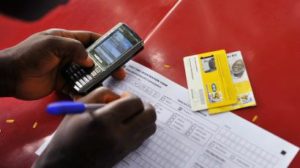 The even better news is that almost 20 million of the population have use of a mobile phone. This is becoming the most popular form of mobile gaming device in the UK thanks to the real convenience that it offers so if even half of this number of people started playing online it would make a huge difference. Naturally, it will also depend on there also being a robust internet infrastructure in place but it seems like we have not quite reached that stage yet.

Another reason that gambling in general is so popular in the UK is that it is strictly regulated by the body called The Gambling Commission. They keep a close control on operators so players can be confident that they are playing with reputable companies. While the Ghanaian Gaming Commission do a good job in regulating the market, there are still quite a large number of rogue operators. Without trust, it may be hard to encourage more people to play.

There’s reason for Ghana to be optimistic about growing its gambling industry. With one of the more stable economies in Africa, as well as a relatively liberal outlook, two important elements are in place. Now all that is needed is better internet access and the confidence in a regulator with real powers to weed out the unreliable operators.

Affilka by SOFTSWISS Launches a New Affiliate Program with JustBit.io