About a fortnight ago, we were seated in the office with mouths agape as we watched Liverpool tear apart Manchester United 5-0. It was a match I would not wish to dwell much on for fear of reopening old wounds for the Red Devils fans.

However, while watching the game, one of us spoke of how his best friend was only 90 minutes away from becoming the newest millionaire in town. Apparently, this friend had placed a multibet on a number of matches and had thus far gotten it all right except for one remaining game: Manchester United v Liverpool. What stood between him and a cool Sh1.8 million was a Manchester United win on which he had staked his money. As we watched Mohammed Salah and Co. mercilessly turn Old Trafford into a theatre of nightmares and send the Red Devils to hell, we couldn’t help but shed a tear for the friend of our colleague.

The story had me thinking of how hard it is to be a sports gambler — or to paint it more politely, wekezaji (investors). To experience such a roller coaster of emotions and still remain sane must be no walk in the park.

One of our colleagues who was watching the game confessed about why he had to quit betting.

“As a football fan, many times you are conflicted. You are sometimes forced to bet against your favourite team because they are underdogs against their opponents. So, you are watching the match and you want the opposition to win because of your money but at the same time, you are emotionally attached to your team. I just couldn’t cope with the pressure.”

Years ago, I made friends with a fitness trainer at a gym I used to frequent in Kangemi. He was a bubbly fellow, always smiling and willing to provide useful tips on how I could gain more muscle. 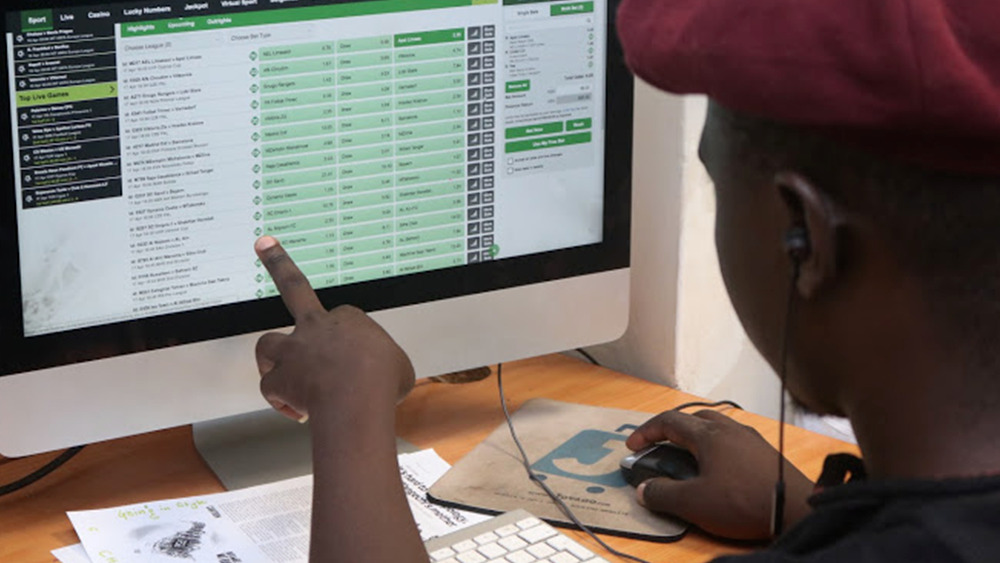 However, on certain days, he would become moody for no reason and refuse to even work out. He would be seated at his desk, fixated on his smartphone, and at times, placing it on the table in anger. I later came to learn that the sulkiness was due to his bets falling through — in street lingo we say bet imeungua. Contrast that to one time he made a cool Sh 70,000; he was smiling from ear to ear.

It is not only an individual who suffers when his or her gambling fails to pay off but also the family and close friends. One of my colleagues spoke of how many gamblers use the money meant to pay school fees, rent or loans to place bets. Consequently, the family is entangled in a web of debt, disagreements, drug abuse and divorce.

Sports betting is a roll of the dice with a 50/50 chance of success. Personally, I think it is not worth a headache, but for others who wouldn’t mind frequent racing pulses, I say… to each, his or her own.