Mozambique, officially the Republic of Mozambique, is a country located in southeast Africa. Mozambique shares borders with the Indian Ocean to the east, Tanzania to the north, Malawi and Zambia to the northeast, Zimbabwe to the west, and Swaziland and South Africa to the southwest.

The country’s capital city is Maputo (known as “Lourenço Marques” before independence). The area was explored by Vasco de Gama in 1498 and shortly after got colonized by Portugal in 1505. After, nearly four centuries of Portuguese rule, Mozambique gained independence in 1975, becoming the Peoples Republic of Mozambique soon after. Only 2years of freedom, the country fell into a long and intense civil war from 1977 to 1992.

Mozambique held its first multiparty election in 1994 and remained a relatively stable presidential republic ever since. That same year in 1994 sees gambling became officially legal in the country. The act of 1994 had stringent restrictions like all casinos have to be 50km away from a city, being part of at least 250-room hotel, and a minimum investment of $15 million. 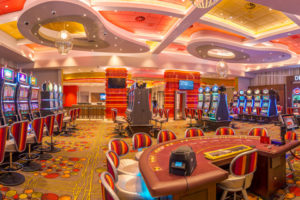 However, an amendment in 2009 to the law of 1994 made some changes regarding the casino business, sports betting and lottery it lifted previous restrictions that made certain areas off-limits for gambling operations, at the same time the 2009 amendment which sees online gambling operation become legal in the country. However, the widely spoken languages around Mozambique citizens are Swahili, Makhuwa, and Sena though the official language is Portuguese. The dominant religion in the country is Christian with Islamic and traditional African beliefs as minorities.

Despite all this, it reported that back then during traditional rituals a natural form of betting as been recorded in the country. Though sports betting, poker betting are the popular forms of gambling in the country most of the gambling firms are located in the city Maputo with an estimated population of 1.2 million residents.

However, gambling has been around in this country for quite some time and it’s growing at a fast-paced.

Mozambique makes revision to its Gambling Laws to attract investors

Mozambique wants to mark itself on the African Gambling Market

Mozambique makes revision to its Gambling Laws to attract investors

What you need to know about Mozambique gambling industry 2020