Hollywoodbets has committed R3 million in assistance to communities and areas affected during the recent unrest in Gauteng and most of KwaZulu-Natal area South Africa, which sees millions of businesses and shops destroyed.

While the pro-Zuma activist protests, as the former president was sentenced to jail for failing to appear in court, but the protest later turned out to be violent goods were looted with 60 plus people were killed over. The former president was also accused of corruption charges and during his tenure as vice-president of the country. However, this past week has been incredibly challenging for all of the South Africans. The devastating from the civil unrest, with the looting and violence, has been heart-wrenching. Despite these difficult circumstances, we have seen communities coming together united to assist one another in the true sense of “Ubuntu.”

As a result of these Hollywoodbets, My Community Programme pledged an R3 million investment towards rebuilding our communities.

“We aim to provide immediate relief in the form of food parcels or assistance to areas in major distress, as well as providing support to businesses impacted by the other riots to help them get back on their feet.” 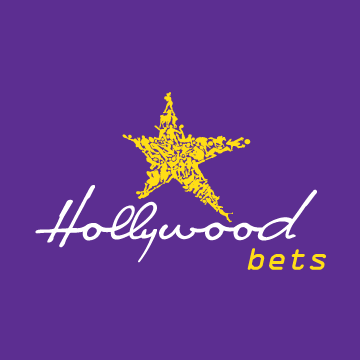 Meanwhile, the company has been reaching out to provide relief to small businesses impacted over the past week. As part of the #HopeisPower campaign donation, the company has extended its support to East Coast Radio (ECR) Big Favour Campaign with R100 000 over the destruction of civil unrest. The radio station over the past 20 years (ECR) has helped thousands of non-governmental organizations, businesses, and people in the KwaZulu-Natal during difficult times. The donation by Hollywoodbets will provide relief to SMEs that the civil unrest has severely impacted. The campaign will be taking place from 23-29 July on the Breakfast Show with Darren, Keri, and Sky. This forms part of Hollywoodbets’ #HopeisPower campaign, which aims to uplift South Africans affected by the crisis.

“The civil unrest that we all have been affected by, most especially local businesses, people have invested their livelihoods have seen them being burnt to the ground. Hollywoodbets being a KZN company and being passionate about the communities we operate in. We want to see how we can give back to those that have been affected by the looting and vandalism and hopefully restore and rebuild our province.” Devin Heffer, brand and Communications Manager, said people in the province were amazed by how people have come together. He said the Mycommunity’s #HopeisPower campaign would help small businesses that do not have the strength to back from the damage done to their businesses.

“When these businesses go, it is just not their livelihoods its unemployment starting to rise,” he said.

In addition, Devin said that he would like to see companies up and running as soon as possible. The gesture from Hollywoodbets is commendable as part of the company CSR program as it has shown commitment to support businesses affected severally. Despite the challenges and global uncertainty surrounding the pandemic, the virus spread has badly hit the economy, and businesses were affected. In contrast, the new ‘Delta Variant’ spread has seen the country introduce some restrictions, and the impact of this virus has had on the gaming industry in general. This is, of course, an approach in the right direction for a company willing to come out at this challenging time to support the business affected.