The sports calendar promised a lot – the Olympic Games in Tokyo, the Women’s African Nations Cup, the European Championships, the African Athletics Championships, the CHAN tournament – instead it became a series of empty weeks and months because all subsequent events were postponed and canceled.

The end of live sport around the world has caused players, coaches, clubs and federations to experience financial shortages. It presents many difficult challenges throughout Africa. We will look especially at those that affect football.

“Football is life – the moment when football ends, it’s as if life also stopped”

– regrets David Juma, captain of Kakamega Homeboyz in the Premier League in Kenya.

Although football is the most popular sport in Africa, the passion of the game does not translate easily into the bank balance even in times of full normality compared to leagues in Europe and America.

According to KPL – one of the best football leagues in East Africa – 50% of its players earn an average monthly salary of $ 200. This means that most players depend on match bonuses, travel diets and bonuses won.

Other players in KPL do not receive any monthly salary and earn money working for the company that owns the club. During a pandemic, most of these companies themselves have financial problems.

“We were told that we would cut our salary by 50% – our boss also runs a business and has no prosperous business,” continues Juma.

The monthly earnings of players in South Africa are similar to those in Cameroon, but are protected by law that has standardized a minimum salary of $ 200 per month. 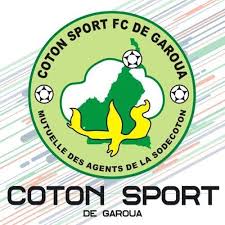 Coton Sport is the only government club in Cameroon’s first league. Their player Thomas Bawak admits that the situation is uncertain, especially since, as in Kenya, tickets and other payments from match fans account for a high percentage of the club’s income.

Besides taking a hit to the pocket, players also have to deal with the effect on their mental health – impacted by the twin concerns of money worries and anxiety about the virus.

Thomas says the situation has made footballers feel “psychologically down”. Many are worried about how they will feed their families.

That is a feeling Bolaji Simeon, a Nigerian who plays in Guinea with Horoya FC – current semi-finalists in the now-postponed Caf Confederations Cup – knows all too well.

“Apart from being married with kids and some of my brothers going to school, I have my mother, my sisters. I am really worried and we are not playing, we are not getting match bonuses – nothing.” – he says

But even in the world’s top football leagues, African players have not been spared from pay cuts. Even in England, home of the Premier League, clubs are asking players to take wage deferrals. However, there have been some positive measures rolled out by countries, federations, clubs and well-meaning individuals – all in a bid to curb the devastating effects of the outbreak and cushion the issues. Football’s world governing body Fifa has announced an emergency relief fund to distribute the full amount of ”the second part of member association operational costs, in order to alleviate immediate financial problems” (…)