Legal regulation of gambling in Morocco really began in 2002 when the Prime Minister signed a decree which meant casinos could operate legally. But with 90 per cent of the population Islamists the idea of gambling is still not embraced fully by residents.

In 2012 the Moroccan Minister of Telecommunications Mustafa al-Khalfim began a campaign to introduce a ban against the advertising and the promotion of gambling via audiovisual media. He criticised the popularity of TV programmes with live gambling and called for a law to ban such programmes. Apparently there were around 900,000 viewers on one day which Khalfi claimed was having a negative impact on the younger generation.

Gambling has always been a contentious issue and Khalfi even threatened his resignation if the law to ban live gambling on state owned media wasn’t passed.

Although some forms of gambling are driven by tourism, statistics show around three million Moroccans also partake in some kind of gambling whilst the industry generates almost DS2.9bn for the state treasury.

A decree was eventually issued which meant all lottery and gambling advertisements were to be banned from both public and private radio and television broadcasts. The operators have since taken their promotions online with their own YouTube channels and social media sites such as Facebook and gambling is still big business in Morocco nonetheless. In fact the number of Moroccans who enjoy a bet rose by five per cent in 2016 despite the government ban on advertising. The alcohol, tobacco and gaming sectors were expected to generate more than MAD11bn in taxes last year, whilst some MAD190m was due in terms of taxation from games of chance alone. 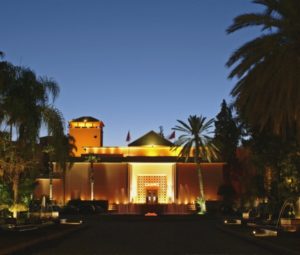 THE GAMBLING SECTORS Morocco has three main gambling monopolies plus seven casinos. The activity is monitored by a mixed model of public and private companies via three ministries – Economy and Finance, Youth and Sport and Agriculture. Since 2013 the gambling market has grown by around one third and in 2016 total betting turnover for the sector (not including the casinos) was MAD9.4bn (US$941m) an increase of 6.6 per cent on the year previously.

The dominant betting activity is at the racetrack where the Royal Society for Horse Encouragement (SOREC) enjoys a betting monopoly. SOREC has around 30 branches and an additional 500 points of sale via partnerships and saw a betting turnover of MAD6.4bn (a rise of three per cent) giving it a 70 per cent market share (not including casinos). In 2016 SOREC launched a mobile data app to keep players informed of Moroccan and French racing info.

Meanwhile sports betting and instant lotteries are the sole responsibility of the Moroccan Games and Sports (MDJS). Turnover in 2017 was MAD2.44bn which is a growth of 167 per cent since 2013. MDJS was founded in 1962 and is a limited company under state control. It holds the concession of the monopoly to organise sports betting games in Morocco plus raffles, lottery games and instant games. The Loterie Nationale (SGLN) is a private limited company under state control in charge of the operation of national lottery game. MDJS has a 78 per cent lottery market share whilst SGLN has 22 per cent.

Both the lotteries have operated as complementary companies and share a distribution of around 1,500 points of sales. 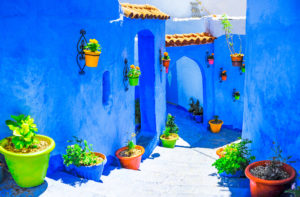 TOURISM GROWTH Morocco gained independence from France in 1956 and King Mohammed V became monarch. He was succeeded in 1961 by King Hassan II who contributed the most to shaping modern Morocco. The current King Mohammed VI came to the throne in 1999 on the death of his father King Hassan II.

Prime Minister Saad Eddine al-Othmani, heads the Justice and Development Party (PJD) – a moderate Islamist party which leads a fragile six party governing coalition formed in 2017. Despite the adoption of a new constitution in 2011 there is still call for changes in Morocco. Economic policy is focused on developing faster growth and reducing unemployment, poverty and illiteracy. Morocco is the fifth largest African economy by GDP and since 1993 has followed a policy of privatisation of certain sectors. The telecommunications sectors saw a 35 per cent privatisation of state operator Maroc Telecom whilst liberalising rules for oil and gas exploration saw concessions for many public services in major cities.

The services sector makes up half of Moroccan GDP mostly consisting of mining, construction and manufacturing. Major resources for the economy include agriculture, phosphate minerals and tourism. Morocco is the third largest producer in the world of phosphates. Economic growth has been erratic and relatively slow mainly due to an over reliance on the agricultural sectors which, being susceptible to rainfall, ranges from 13 to 20 per cent of GDP. Droughts have a severe knock on effect as 36 per cent of the Moroccan population depend on agricultural production.

Despite Morocco’s economic progress it suffers from high unemployment (10.2 per cent), poverty and illiteracy especially in rural areas. Some 15 per cent of the population live below the poverty line. GDP per capita in 2017 was $8,600 and real growth rate is around 2.5 per cent. (…)