Microgaming pioneered the creation of software for use in virtual casinos. Microgaming was launched before its competitors, a fact that dubious writers have disputed. Moreover, the company’s roughly one thousand online games, cumulative progressive jackpot payments of over $300 million, and extended history of supporting and encouraging ethical online gambling make the specifics of who did what in the 1990s somewhat irrelevant.

Microgaming’s first officially acknowledged client was an online casino in South Africa that would become The Gaming Club, even though they claim to have had their online casino as early as 1994. By 2003, Microgaming had amassed a clientele of hundreds, making it the undisputed leader in the field of online gambling software. In addition to promoting fair play and paying out hundreds of millions of dollars in prizes through its network of affiliated casinos, the company also sparked a software engineering revolution that now powers a $40 billion industry worldwide.

Below are eight of Microgaming’s many contributions to the online gaming sector.

1. The first online casino software was created by Microgaming in 1994. 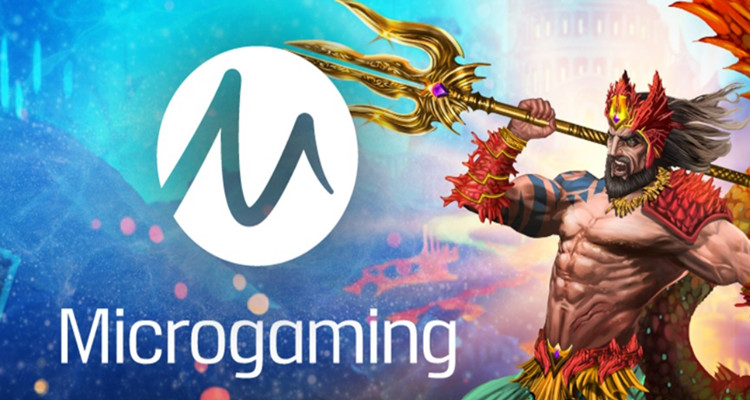 Microgaming was established in 1994 on the Caribbean island of Antigua, shortly after the country’s government passed the Free Trade & Processing Act to allow software development for the online gaming sector. The Gaming Club was the first client of the company’s software. Soon after, other additional gambling sites began using the site after purchasing licenses from the developer. The program kept track of every activity within the games, from blackjack hands to spins of the simulated slot machine reels. Daily, weekly, and monthly earnings were recorded, and players were ranked according to their win/loss percentage and the casinos they frequented.

There was no stopping the expansion of the online gambling sector once it was shown that online casino software like what Betshah uses could be reliably implemented.

2. Microgaming was an original member of the IGC.

The IGC is a non-profit organization that advocates for the online gaming industry by creating standards for the industry, encouraging responsible gaming, and providing education for players and businesses. Established in 1996 in the United States, the IGC has relocated to Canada, where it has been formally established.

Industries with both rapid expansion and a noticeable susceptibility to fraud benefit significantly from the guidance of standards bodies. Crime and manipulation have long been issues in the gambling industry. Microgaming was one of the first firms to understand the importance of getting out in front of dishonest operators and players by establishing industry-wide standards.

Cash Splash, the pioneering online progressive slot game, had a single pay line and three reels. Although the initial seed for the prize was relatively low (about $5,000), the jackpot pool was split evenly among all casinos that offered Cash Splash. Soon after, a 5-reel, 15-pay-line expansion was released; however, the progressive jackpot was divided between both games.

Players at slot machines worldwide showed an overwhelming preference for progressive jackpots. It took engineering skill and tenacity to implement an advanced jackpot system on the Internet back when everyone was still using dial-up connections. Once Microgaming established that this was possible, the progressive jackpot experience in online gambling spread like wildfire.

Microgaming’s PlayCheck service, a full-service auditing solution for players and casinos, issued monthly statements summarizing all player activity. When checking their statements, players could see every transaction made in their games within the past 48 hours. To give players more control over their online gaming experience, PlayCheck implemented an independent auditing system that gave players access to the same data used by casinos.

How often do players check their hands before spinning or playing? A professional card player might want to think through his moves, but a problem gambler might glance at his bankroll and see that he needs to spend more on a hobby. Microgaming has been a vocal supporter of responsible gambling because it is moral, and the casino industry relies on clients who are not financially tricky.

5. Microgaming moved there from California in 2001.

The Isle of Man is now home to several enterprises that specialize in creating online gambling platforms. About 13% of the island nation’s GDP comes from gaming companies, with Microgaming being the most significant contributor. Companies formed by ex-Microgaming personnel have significantly advanced the online gambling industry.

Online gambling has never had much support from the US government, so perhaps they sensed where this was going. Other factors, though, make a relocation to the Isle of Man a good idea. The island nation has low taxes and autonomy from the European Union while benefiting from British financial protection and influence.

6. Microgaming was instrumental in establishing eCOGRA in 2003.

To date, eCommerce Online Gaming Regulation and Assurance is the only global online gaming testing and standards body. The corporation has received authorization from gaming authorities worldwide, despite being incorporated under UK law. Player safety from fraud can only be guaranteed with eCOGRA certification.

Since its start, the online gambling industry has been dogged by allegations of fraud and links to organized crime. The service that eCOGRA gives to players and casinos that operate ethically and legally is invaluable. The idea that online casinos wouldn’t need to rig games that favor them naturally is a popular misconception. A trustworthy business climate is fostered by an impartial testing and auditing service, which also aids enterprises in building their credibility.

A fresh advancement is made every year or two at most. As a result of developments by businesses like Microgaming, slot machine games have quickly and intriguingly progressed from their 3-reel, single-pay line ancestors. Although most of Microgaming’s work has been fruitful, some have yet to be. The initial excursion into 3D slot machines was unpleasant, especially since players were required to get 3D spectacles in the mail from the casinos.

8. Accolades were introduced in 2014 by Microgaming’s Quickfire platform.

Based on the system used in interactive adventure and strategy games, the Quickfire platform allowed casinos to design their medals and trophies for players’ successes. There are rankings and instruments for taking charge as part of the system. Microgaming is known for introducing bold, risk-taking innovations to the gaming industry, and Achievements is a prime example of this.

The industry pioneer in online gambling software demonstrated continued creativity and growth twenty years after its initial launch. Since there are now more than 2,000 legal online casinos, competition among designers of gambling games is fiercer than ever. This is true for online and land-based casinos, which are improving their offerings to compete for players and keep their profits.