All too often, the only things that the world hears about Zimbabwe are the country’s woes. These include the very widely publicised problems that the country has had with inflation that’s widely regarded as being out of control as well as rising unemployment and poverty rates.

While all these are unquestionably true, this is to overlook the appeal of the country for many visitors. There is plenty to attract them to a large and varied land that shares many of the features of South Africa. For example, anyone wanting to go on safari will find that the national parks are quieter and even more unspoilt than those of its southern neighbour and there are many other natural wonders to explore and enjoy. These include the magnificent Victoria Falls and the mighty Zambezi River as well as the awe-inspiring Eastern Highlands.

In Harare and Bulawayo, the country also boasts two major cities that are of undoubted appeal to visitors featuring many top quality hotels and shops, as well as a vibrant, cosmopolitan culture. It’s also here, in the cities, that visitors will find the vast majority of the country’s casinos. Some are stand-alone and others are part of luxury hotels, and all take great pride in welcoming visitors. 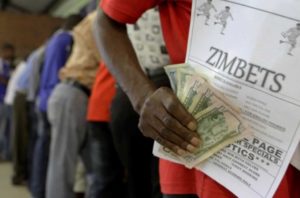 This comes at a time when the country is gradually becoming more accepting of gambling in all of its forms. Whereas, in the past, it was regarded as being something of a social vice many people now regard gambling very differently. Most see it as a simple and enjoyable pastime and some feel it may be a potential way to make money in the face of limited job opportunities. In particular, young people have started to accept it more and more as part of everyday life in the country.

While the general population may have had reservations about gambling, this has not been the case with the government – at least since the Year 2000. That was when the last major legislation was passed with the Lotteries and Gambling Act. This proved to be a landmark in that it permitted almost all kinds of offline gambling including casinos, horse racing, lotteries and sports betting and established the Zimbabwe Lotteries and Gambling Board to oversee operators and to issue licences for operation.

One aspect of changing face of gambling that the Act did not account for is the online casino. This is probably because the sector was very much in its infancy at its time, especially in a country where internet usage was almost non-existent. This has created a situation in which online gambling is effectively legalised as there are no specific laws stating that it’s not. This means that any Zimbabwean is completely free to play on any online casino, wherever it’s located in the world. Compare this with the far stricter laws in a country like the US and you start to see just how remarkable this is.

However, as yet, it’s not encouraged any home-grown online casino brands to start up, perhaps because potential operators know that the market is being well served already. It may also be that there is a fear that this lack of legal clarity could lead to them being shut down if they did begin to operate in the country. 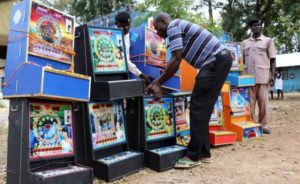 This is one of the reasons why considerable pressure is building to encourage the government to update the laws to include online gambling and to bring them into line with the world that it is today. By having clear and comprehensible guidelines it will be an improvement for players and operators alike for various reasons. One of the most important is that it will provide a level of security for players who are currently unprotected by law. Another is that it would give the government the opportunity to establish taxation laws obliging operators to pay back a percentage of their profits to the state.

In terms of the most popular forms of gambling in the country, sports betting is undoubtedly the leader, particularly amongst young adults with the leading Zimbabwean sports betting company being Zimbet.

Casinos are predominantly popular with tourists, hence their presence in many of the more upmarket Harare and Bulawayo hotels and you’ll find all the standard games in them including slots, blackjack and, that most quintessential of casino favourites, roulette. Also growing greatly in popularity is poker.

Kenya raising the bar for digital transformation in East Africa

Common mistakes every punter should avoid in sports betting