The US Mega Millions is one of the American lottery giants. Jackpots have so far reached a record of $1.53 Billion. These enormous prizes made people from all over the world want to play this exciting game. South Africans can also play Mega Millions online!

To enter the game, all you have to do is pick 5 main numbers from 1 to 70 and a Mega Ball 1-25! If you want, you can also add the Megaplier feature, which can give any prizes you win a huge boost. In a matter of clicks, you can buy your Mega Millions ticket and enter the draws of the world’s biggest lottery. The Mega Millions has made the world’s biggest lottery winner in 2018. A woman from South Carolina won the exhilarating amount of $1.53 billion. You could be the one to break her record if you play Mega Millions!

Yes! It’s never been easier to get your hands on a Mega Millions lottery ticket! Not only that you don’t need to travel to the US, but you can get it your phone, tablet, or computer. Thanks to the world-leading lottery concierge service theLotter, you can play Mega Millions online in South Africa in just a few easy steps.

How Big Is the Mega Millions Jackpot?

This lottery’s top prize does not have a cap. This means that it can reach some outstanding amounts, rolling over and over again until someone eventually matches the winning numbers. Over the years, the Mega Millions lottery has had some of the largest jackpots in the US and the entire world. But, in October 2018, all expectations were succeeded when the jackpot reached a whopping $1.53 billion, coming close to setting a new world record. This awesome win was cashed by a woman from South Carolina.

While the jackpot is certainly the most striking thing about the game, there is much more to Mega Millions than the top prize! The 2nd prize is worth a full $1 million (approximately R10 million), which is a prize you are well worth playing for.

It gets even better! If you play with the Megaplier, you can boost the 2nd prize, as well as the other non-jackpot prizes 2, 3, 4, or even 5 times! So, without even guessing all the Mega Millions winning numbers of the draw, you can scoop $5 million! Start playing Mega Millions from South Africa today! 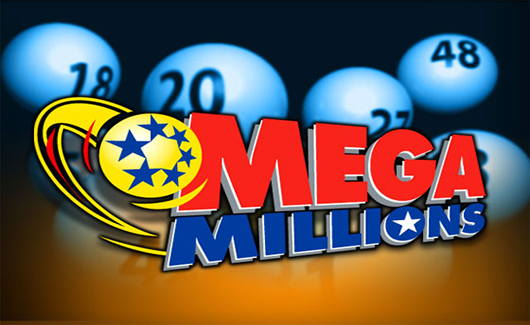 When Are the Mega Millions Draws?

The official Mega Millions drawings are held twice a week, on Tuesdays and Fridays at 23:00 EST. To play the game, you have to put in your ticket before the cutoff time, which is 22:00 EST. During the drawing, the lottery officials randomly draw 5 white balls (1-70) and one gold Mega Ball (1-25).

The difference of time zones translates here into different days. Also, the United States observe Daylight Saving Time, while South Africa does not. This means the SA local time of Mega Millions draws changes depending on the season:

Play US Mega Millions with Megaplier

The Megaplier is an optional feature of the US Mega Millions lottery. It does not influence your odds of winning, but it does boost the value of your wins.If you choose to play with Megaplier, you pay extra, but in case you win, your prizes get 2x, 3x, 4x or 5x bigger, depending on the Megaplier of the draw.

Imagine that you won $1 million – the US Mega Millions second prize, and entered with multiplier. If the Megaplier of the draw was 5, you don’t scoop $1 million, but an incredible $5 million! If you want to play Mega Millions with Megaplier on theLotter, just make sure you checked the Multiplier box at the bottom of the game form.

1 thought on “How to Play Mega Millions in South Africa”