Africa out of the 52 nations in the continent only five counties prohibits gambling. Today we take a look at Tanzania, and Morocco the impact of gambling in the two countries.

Tanzania with the population of 58.01 million people is one of the progressive nations in East Africa, when it comes to gambling legalization, gambling was legalize back in 1992 while online gambling was legalize in 1999. Tanzania’s gambling markets as experience growth in the last couple of years and with improving conditions of infrastructure, technology and both in popularity as well as in terms of legal system in the country, this shows the future of gambling industry in the country looks bright. 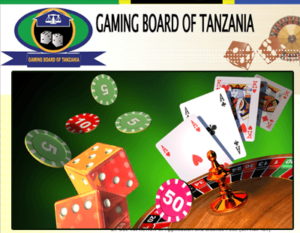 However, the country’s improving economy is one of the leading reason why the gambling markets is growing with more and more local users choosing the service of local based online casino. In 2017 the country economy (GDP) stood at 6.5% but in 2018 there is a slight increase of growth by 7.8 % (GDP) according to Tanzania National bureau of statistics, why it is projected to increase by 64.00b USD by2020. According to Trading Economics Global.

For example, with the presence of casino gaming activities has created more jobs and increased government revenue in the country, job opportunity as increase in the labor sectors of the industry, security guards, technical and gaming staff and it is becoming more popular among politicians and consumers also with the presence of information communication technology (ICT) to improved revenue efficiency in the country, the statistics shows 27% are taxed on sport betting, SMS are taxed 27%, each slot machine is taxed 43.11 USD, National lottery is taxed 20% and machine sites 25% while physical casinos are taxed 18%, digital casinos are taxed 25%. According to gambling board of Tanzania (GBT).

Currently gaming industry contributes 5 per cent of the Gross Domestic Product (GDP) in the country. According to (GBT). 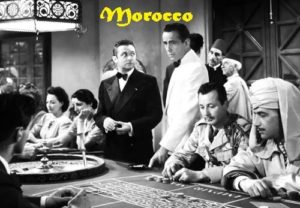 However, Morocco the North African country bordering the Atlantic Ocean and Mediterranean Sea is distinguished by its Berber, Arabian and European cultural influences with the population of over 34 million people. Interestingly, the North African country, 5 million that’s 12% of its population passive gaming as a form of entertainment and with the influence of the Europeans in the country the future of gambling industry looks bright. However, gambling are legal in morocco both online and land based casino gambling is legal and punters can enjoy a full range of different games from poker, blackjack to craps roulette, lottery, horseracing also some sport betting is also allowed with the punters given different options to place bets on sporting events.

Overall due to the lax gambling legislation in the country, for example, the city of Marrakech were gambling is the hot spot in Africa, hosting numerous poker tournaments such as Marrakech poker cup as well as sports destination for world poker cup tour. It was reported in 2018.

Horseracing is also favorite among Moroccans gamblers, the Royal Horse Society (SOREC), which monopolizes the horse racing industry in morocco account for increase of 5% turnover compared to 2017. For example, this performance ensure SOREC’S status as leader games that constitute 20% of gambling market in morocco and which is managed by Moroccan games and sports recorded a growth of 58% between 2013 and 2018. According to economy daily publication.

As stated earlier roughly 5 million Moroccans are involved in betting, that’s 12% of the population gamble, while player’s participation increase by 5% in 2018 between the ages 18-35 partakes in some form of gambling. 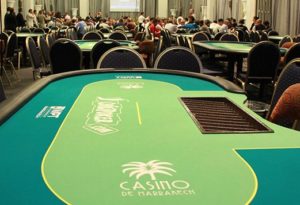 While Sport betting and lotteries are the sole responsibility of morocco games and sports that reported turnover up one-fifth to MAD 2.2b in 2016 only, while turnover growth in this sector is expected to rise by 65% by 2020. According to African Sovereign Media in 2018. Therefore, the gambling industry saw total betting turnover rise 7.65 to 10.4b (US $100m) in 2018. The sum represents a 37% increase in gambling spending since 2013.

Although, the challenges of gambling has not been a concern amongst the people, it is reasonable to assume that as the gaming industry grows and advances, it brings about both good and adverse impacts, it is with best interest we start promoting Responsibly Gambling in Africa.