Affordable internet remains out of reach in many parts of Africa according to several reports though that could become a thing of the past in the next couple of years; recently, African leaders under the term Smart Africa Alliance have shown commitment to reduce the cost of internet by 50 percent in their countries under an ambitious project that will be implemented this year.

This move by the African leaders is a welcome development for the African populace that has been marred by the high cost of internet bundles for most people. These will also play an essential role in the advancement of digital transformation in Africa. In contrast, Africa’s iGaming industry is no exception among the sectors that will be influenced by reducing the cost internet. Even though one of the draw-back of the iGaming industry in Africa has been internet broadband connection and the cost of buying data bundle which is considerable on the high side according to 2018 report by Ecobank Research found that Africa has the most expensive mobile data both in real and income-relatives terms, for example in Equatorial Guinea, Zimbabwe and Swaziland the three most costly countries a gigabyte of data costs more than 20$ while across the continent the average price is estimated at $7.04 with a majority of countries recording price above UN Broadband Commission target of 2 percent of monthly income. 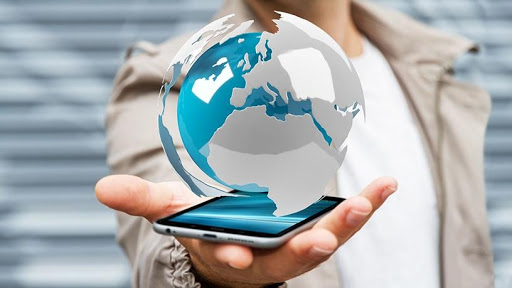 The UN Broadband Commission for Sustainable Development defines the internet as affordable when 1.5 gigabytes of mobile data are priced at no more than 2 percent of average income. Today Africa still faces a massive proportion of the unconnected population left out with no options whatsoever lack an internet connection. There is even a coverage gap of 800 million people who live in areas not covered by networks. 44% of the world’s uncovered population was in sub-Saharan Africa. A World Bank report says African countries will need to bring about 1.1 billion more people online. The working-age population in Africa is expected to increase by some 450 million people between 2015 and 2035 if current trends continue. The 100 million people in rural and remote areas that live out of the traditional cellular mobile network have no mobile network service. However, this move by the African leaders is expected to propel Africa iGaming industry even though the

The iGaming industry has been experiencing exponential growth over the years in iGaming betting and gambling. This has been possible thanks to the competitive mobile market landscape and numerous local payment solution platforms coupled with digital infrastructural development right underway in multiple sectors of the African economy while making internet broadband available for the region’s mass population. The iGaming industry has been one of the beneficial sectors of internet access and the tech-savvy young people, which has to turn Africa to be the first choice for iGaming investment opportunities for foreign investors in recent time. The internet penetration rate has been increasing in recent years. It is evident in the figure that about 5222.8 million have access to it.

It is projected that the number of internet users in Africa will grow by 11%, comprising 16% of the total global figure. On the condition that when the ongoing investment in subsea and terrestrial internet infrastructure is completed will enable increased access to more affordable and higher-speed internet, though this project is pivotal for the long term survival for Africa the iGaming industry and the reduction in the internet data cost.

Why Africans are loving crypto

More Reasons for Android and App Gambling in Africa

The Influx of Sports Betting Propel Cashless Policy in Africa